South Sudan is a country at war with climate change. The world’s youngest country is battling ecological issues in the context of a man-made crisis of guns, blood, and peacekeepers, causing delays in progress on multiple fronts, hindering agricultural production, and disrupting livelihoods and community coping mechanisms, thus making defense against climate change more difficult. Despite having no role in creating the new climate regime, South Sudan is highly vulnerable to its ramifications and least prepared for its current and future threats.
According to the Climate Change Vulnerability Index 2017, South Sudan ranks among the five worst-performing in the world, alongside the Democratic Republic of Congo, the Central African Republic, Haiti, and Liberia. Projections indicate that in South Sudan, climate change will be felt 2 ½ times more than the global average. The majority of South Sudanese people depend on climate-sensitive sectors, including agriculture, forestry resources, and fisheries for their livelihood. As crops dwindle and food prices soar, resource-based conflicts over land access for pastoral grazing increase the South Sudanese interpersonal conflict, often leading to famine, bloodshed, and continued stress. South Sudan needs a coordinated international response to climate change, access to technology, and clean energy. With an average of 10 hours of sunshine per day year-round, the country has the potential for stand-alone solar photovoltaic units and large-scale solar thermal generation. It is also highly important to protect the Sudd Wetlands, which are pivotal in regulating weather patterns in the Sahel, Horn of Africa, and greater East Africa region.
The Sudd acts as a barrier to the southward encroachment of the Sahara Desert, its preservation is consequently expected to be South Sudan’s most significant contribution to buffering against the ecological crisis impacts on a regional level. Millions of people in South Sudan are also suffering from the effects of climate change on the Nile, the world’s longest river, polluted and drained by booming populations. Warning alarms of ecological mutations have led to global political action, in which South Sudan participates, as a signatory of the Paris Agreement. The global community cannot continue with its historic, racist disregard for South Sudanese life, however resilient they are in the face of extreme environmental risks and post-colonial trauma. The international community must ally with South Sudan in its grave war against the new climate regime. 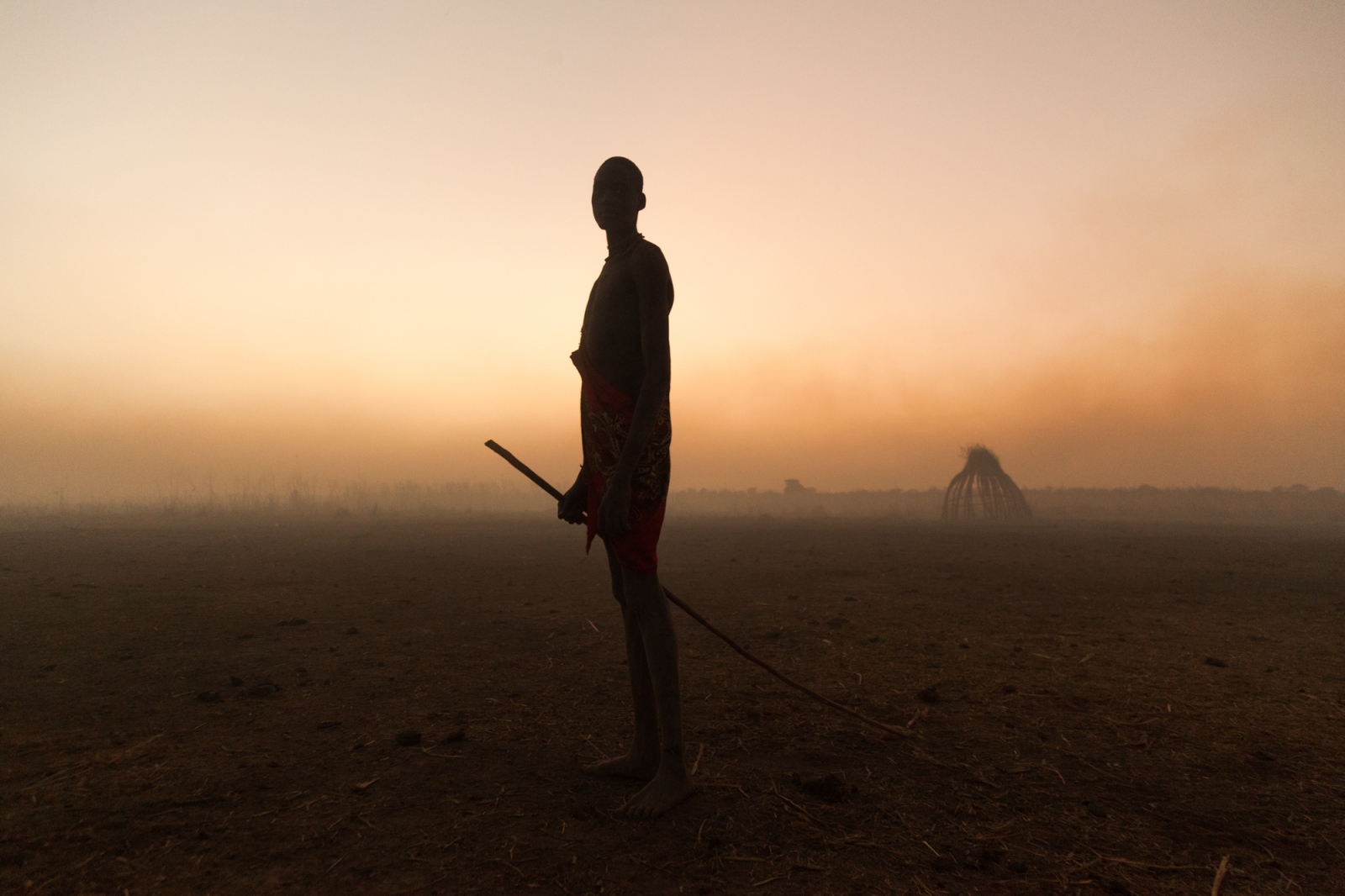 A Mundari man at dusk in Terekeka State, South Sudan. The country is in the midst of a civil war, and climate change is further disrupting livelihoods and fueling the conflict. 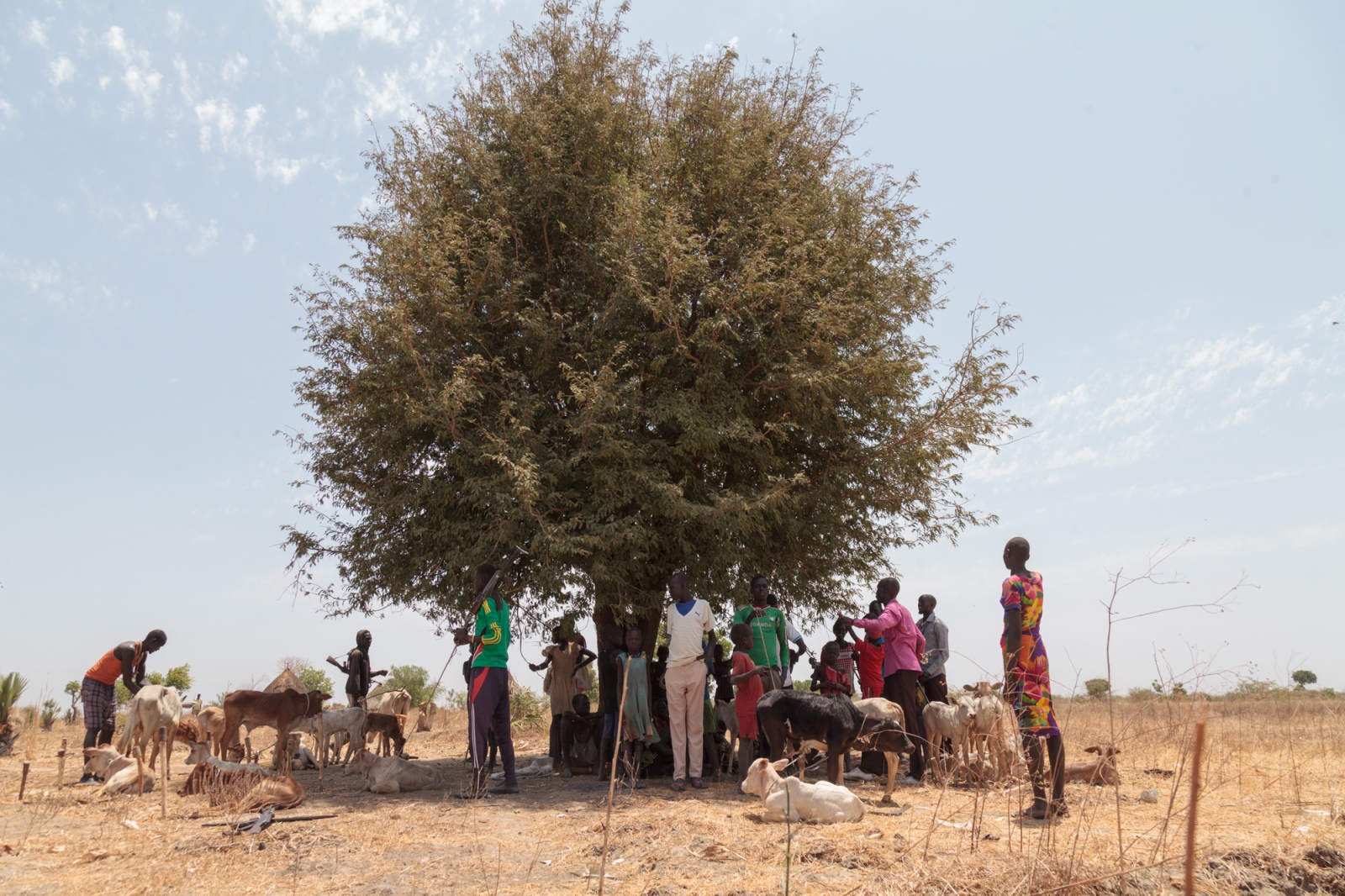 Children, women, and men arriving at Garbec in Unity State, South Sudan, after fleeing conflict. They brought the few animals they could. 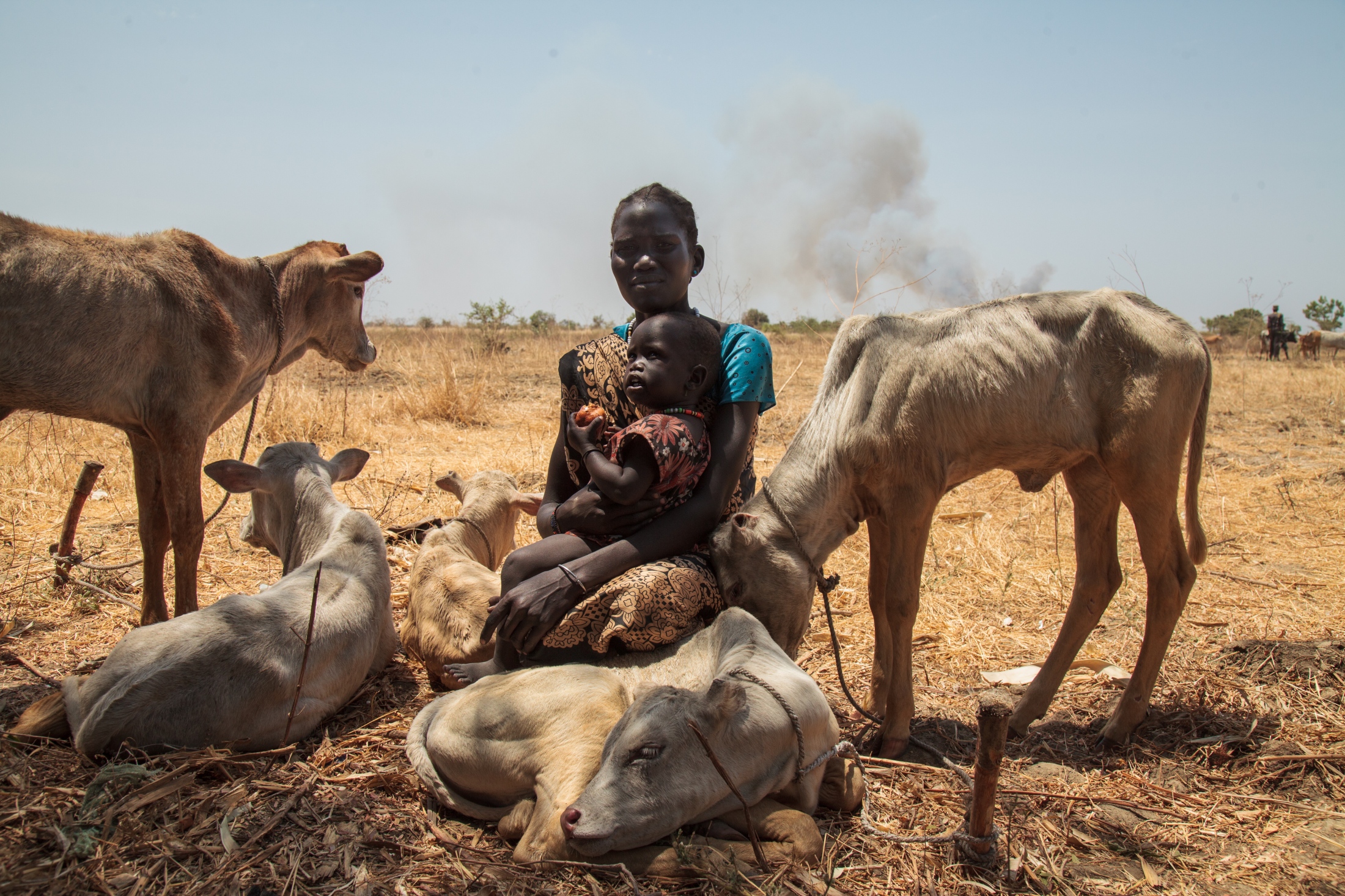 Tabitha Nyawich Kong in Nyal, after fleeing conflict in her village.

“We were chased from our residence in Buor Payam, Mayandit. When it happened, I wished I hadn’t returned the year prior. It is so unfortunate that the conflict resurfaced. I don’t think I will go back until I am sure it’s safe. Most of our animals died on the way but it was the children and the elderly who had the hardest time. Those who couldn’t run were left behind -- hopefully, they’ll survive. We fed on water lilies, ‘Keay’, fish and anything we could find in the river”. 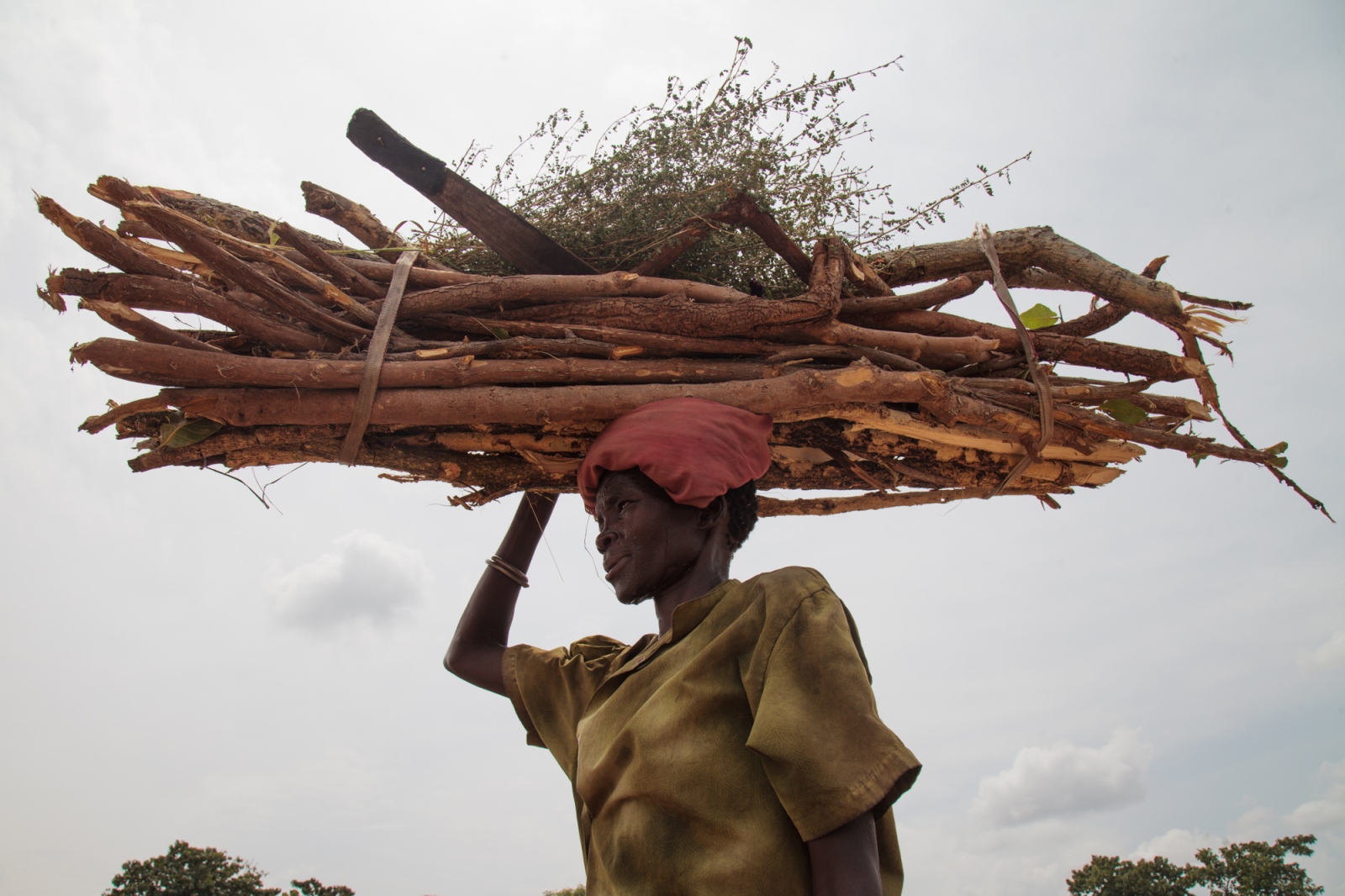 A woman returning to Gumbo internally displaced people camp after fetching firewood in the vicinities. Millions of people depend on firewood for cooking, increasing deforestation. 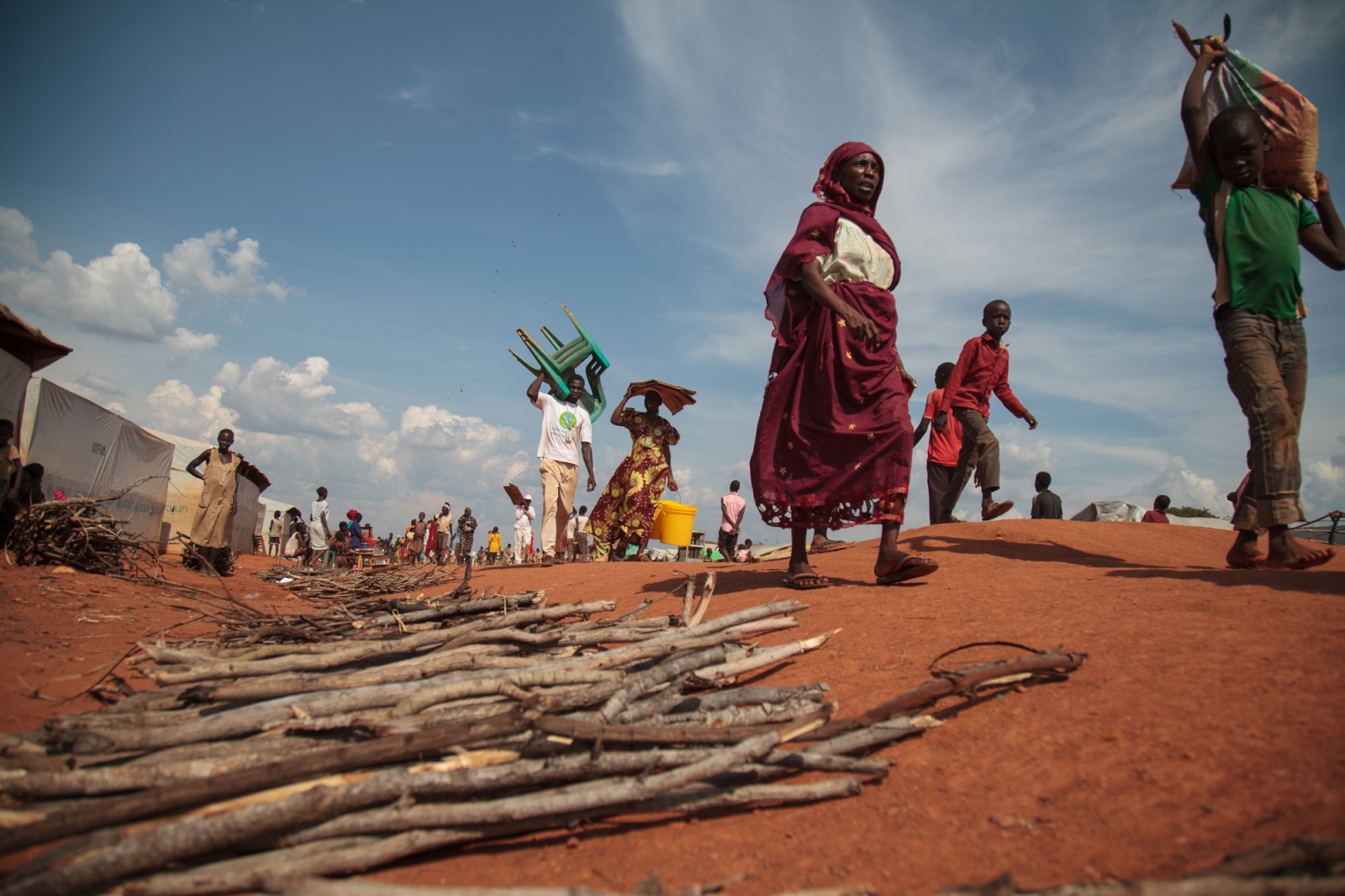 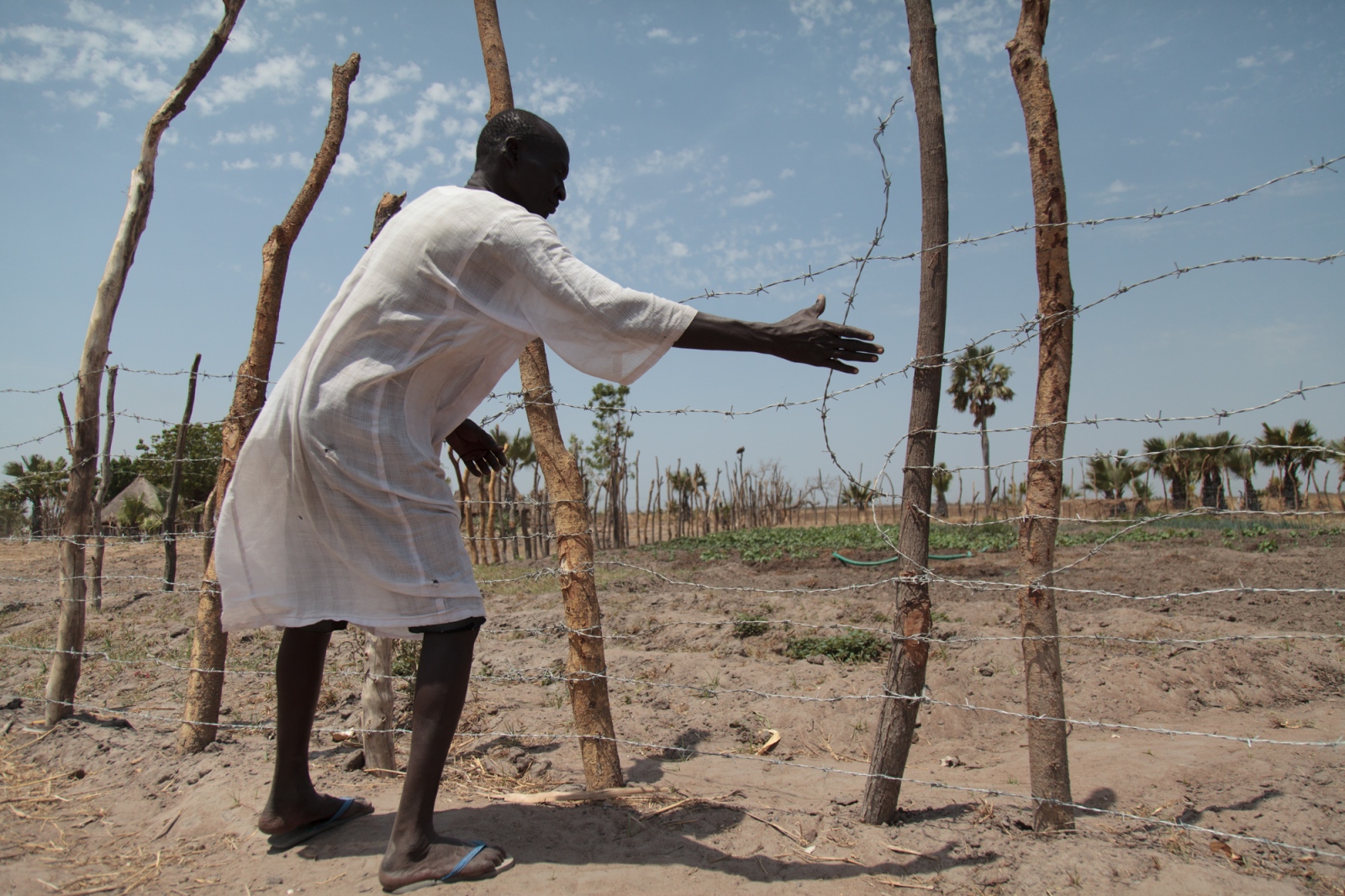 The community garden in Garbec. Oxfam has five such gardens in Panyijiar County. 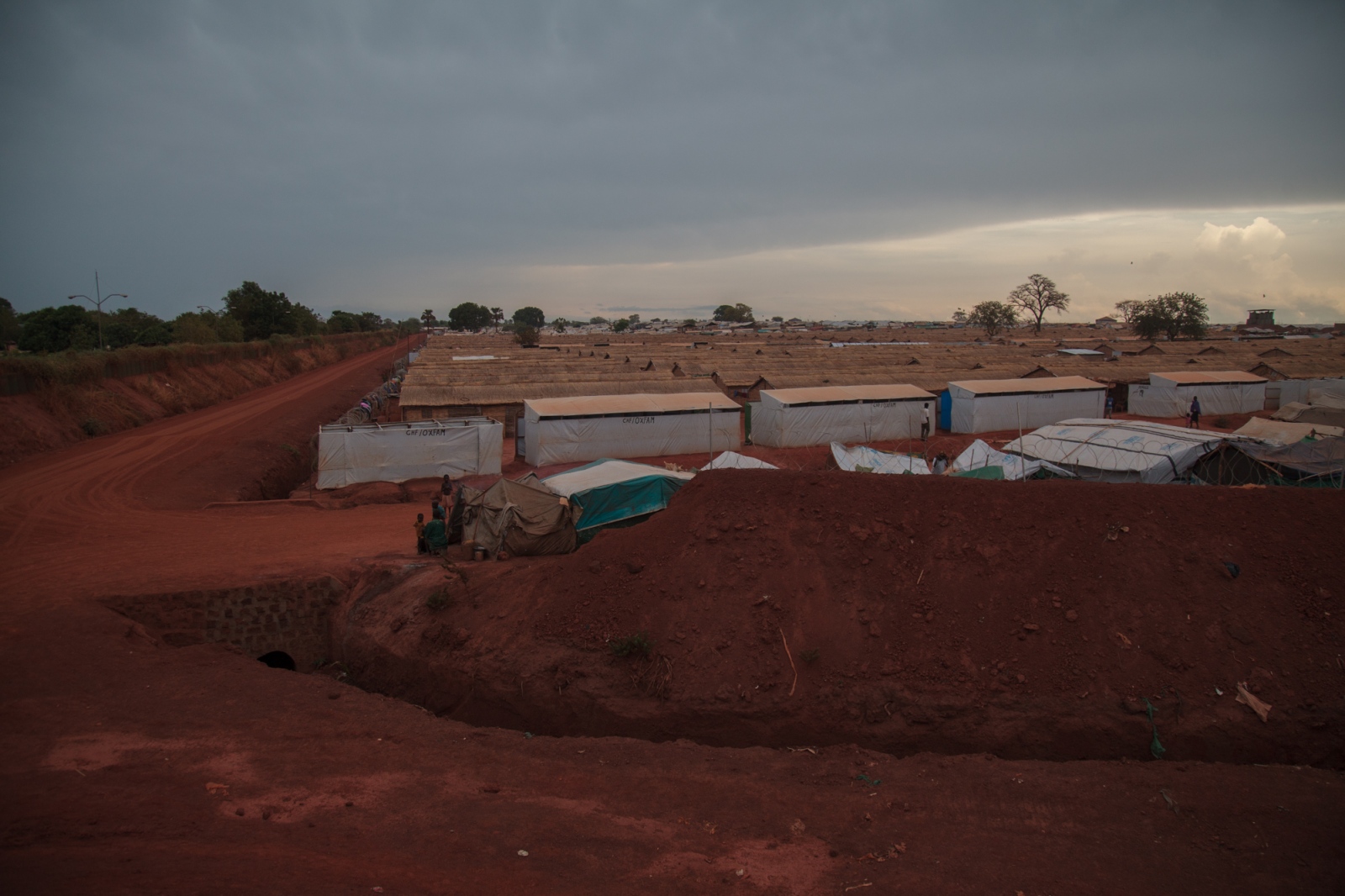 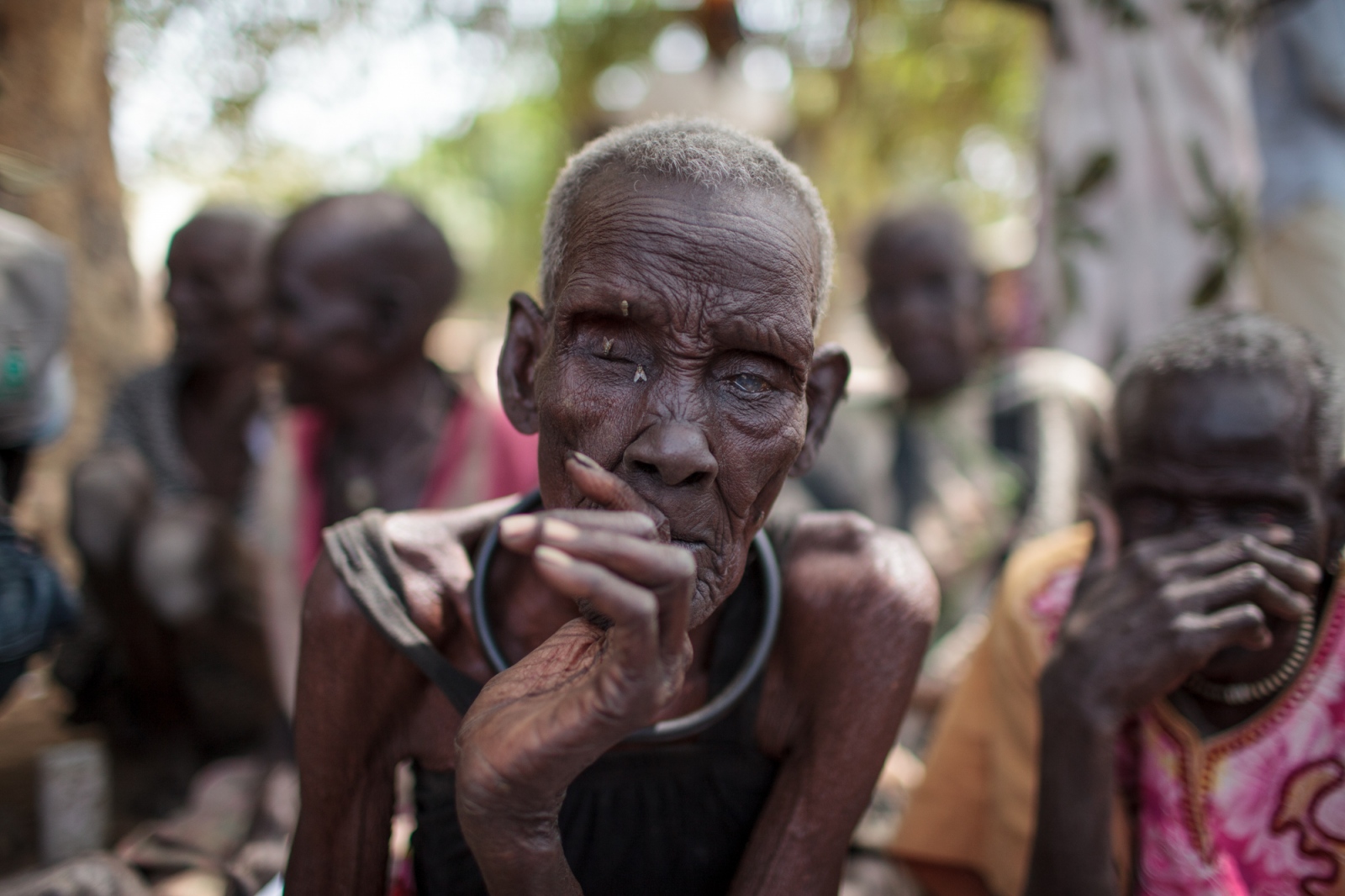 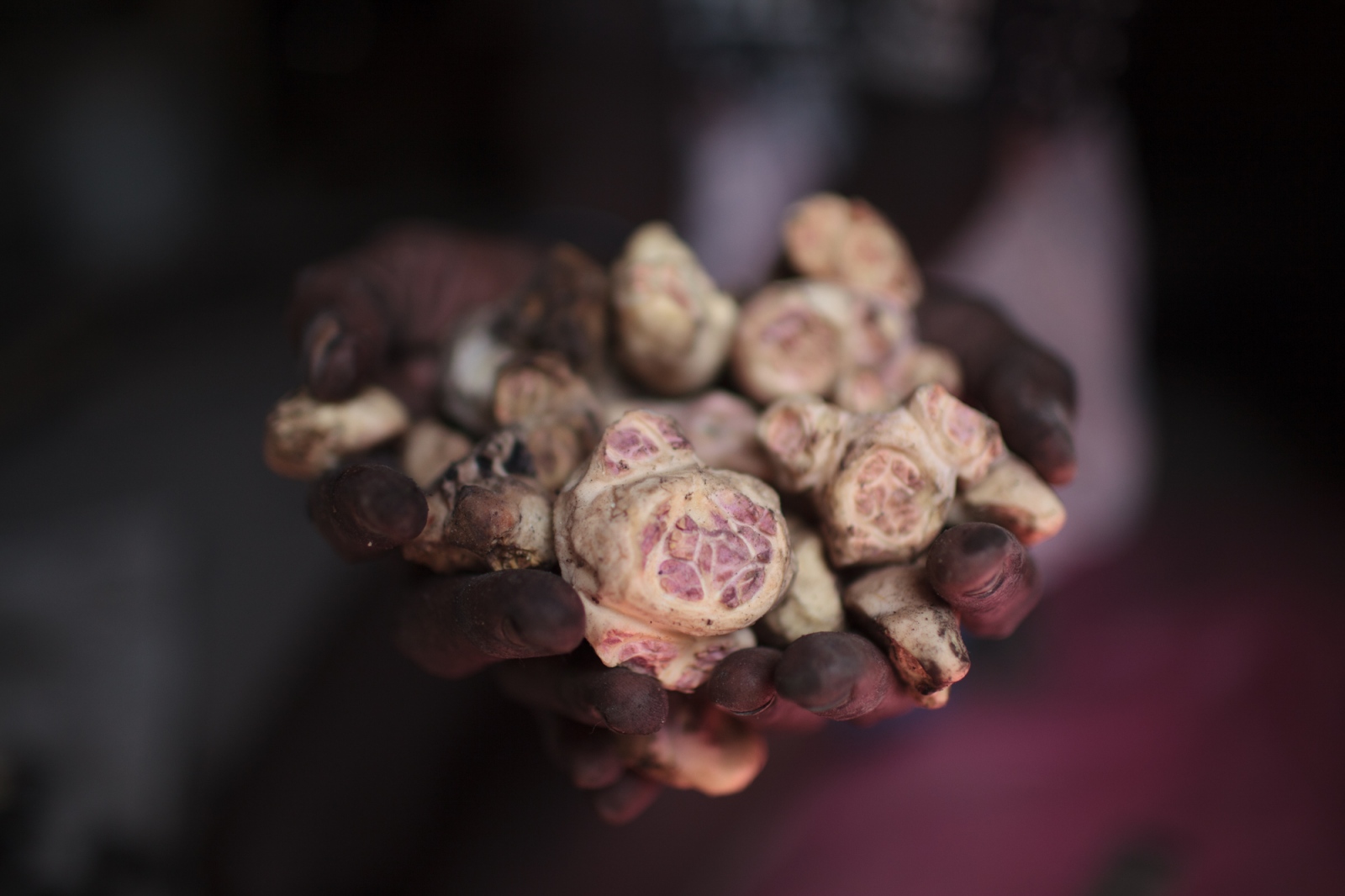 ‘Keay’ is a type of tuber that grows with lilies in the river eaten as a means of coping with famine. 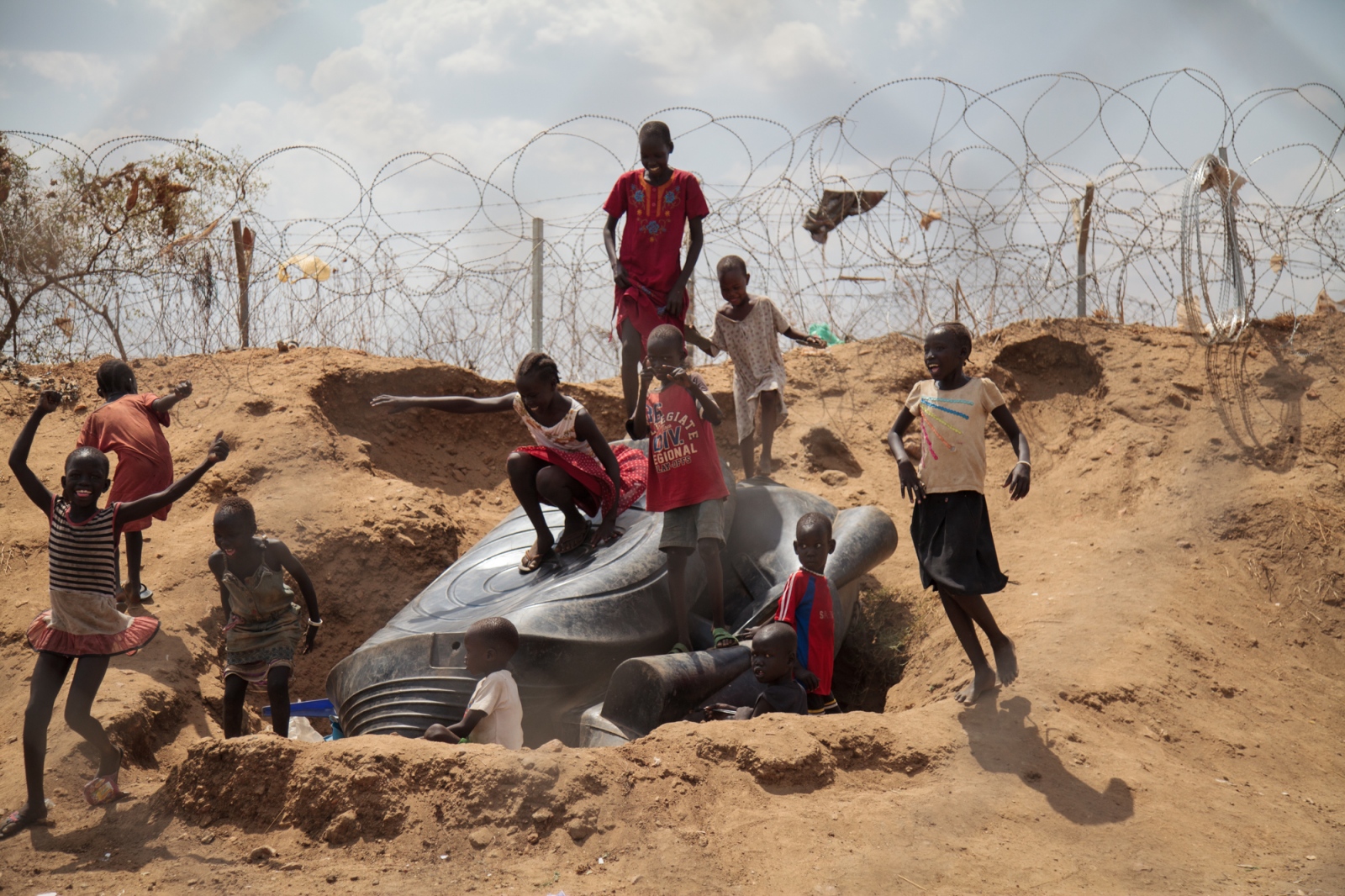 Children playing on an abandoned water tank inside the United Nations protection of Civilians camp in Juba, South Sudan. 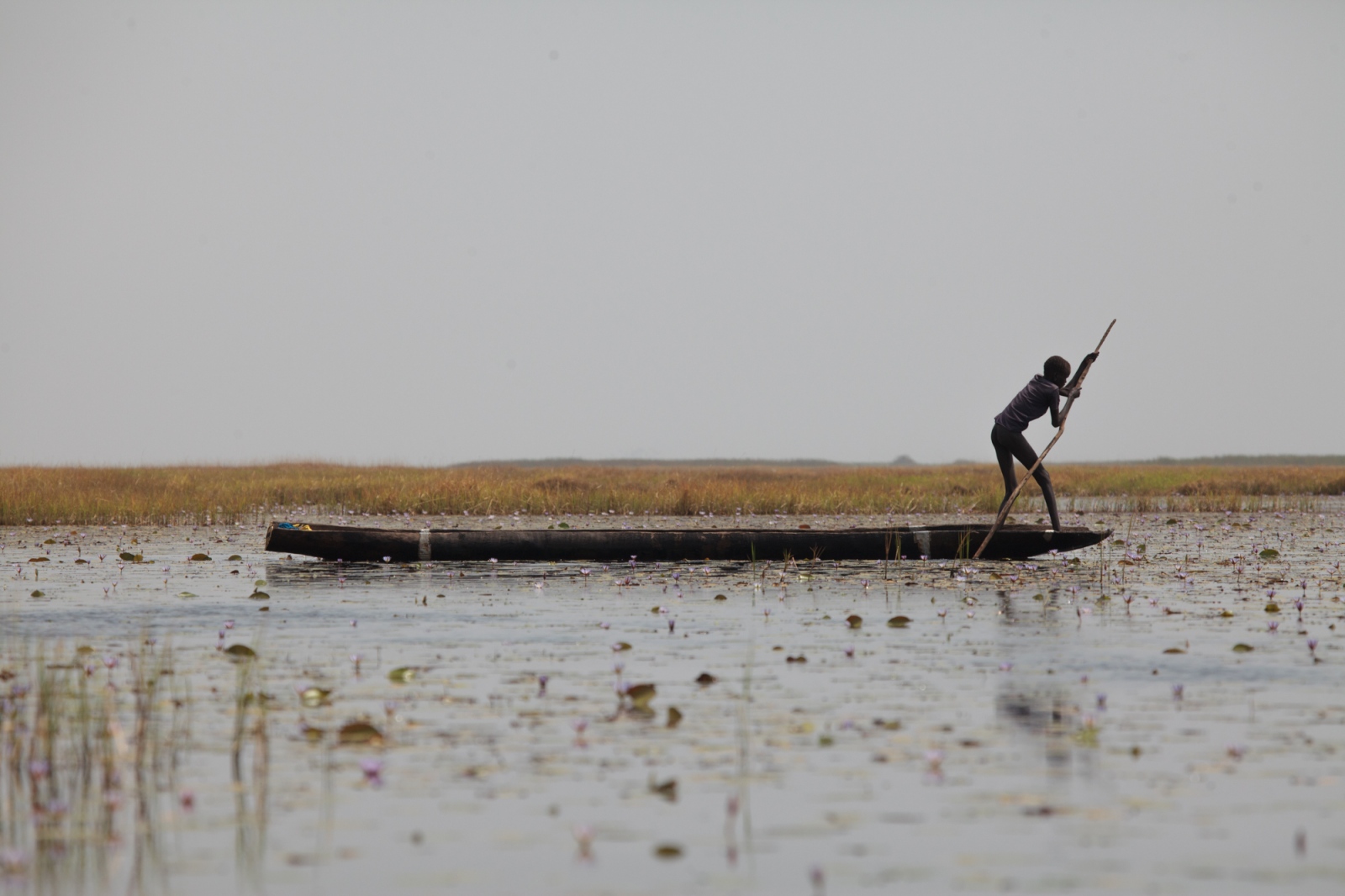 A boy rows a canoe in the Sudd wetlands in Unity State, South Sudan. 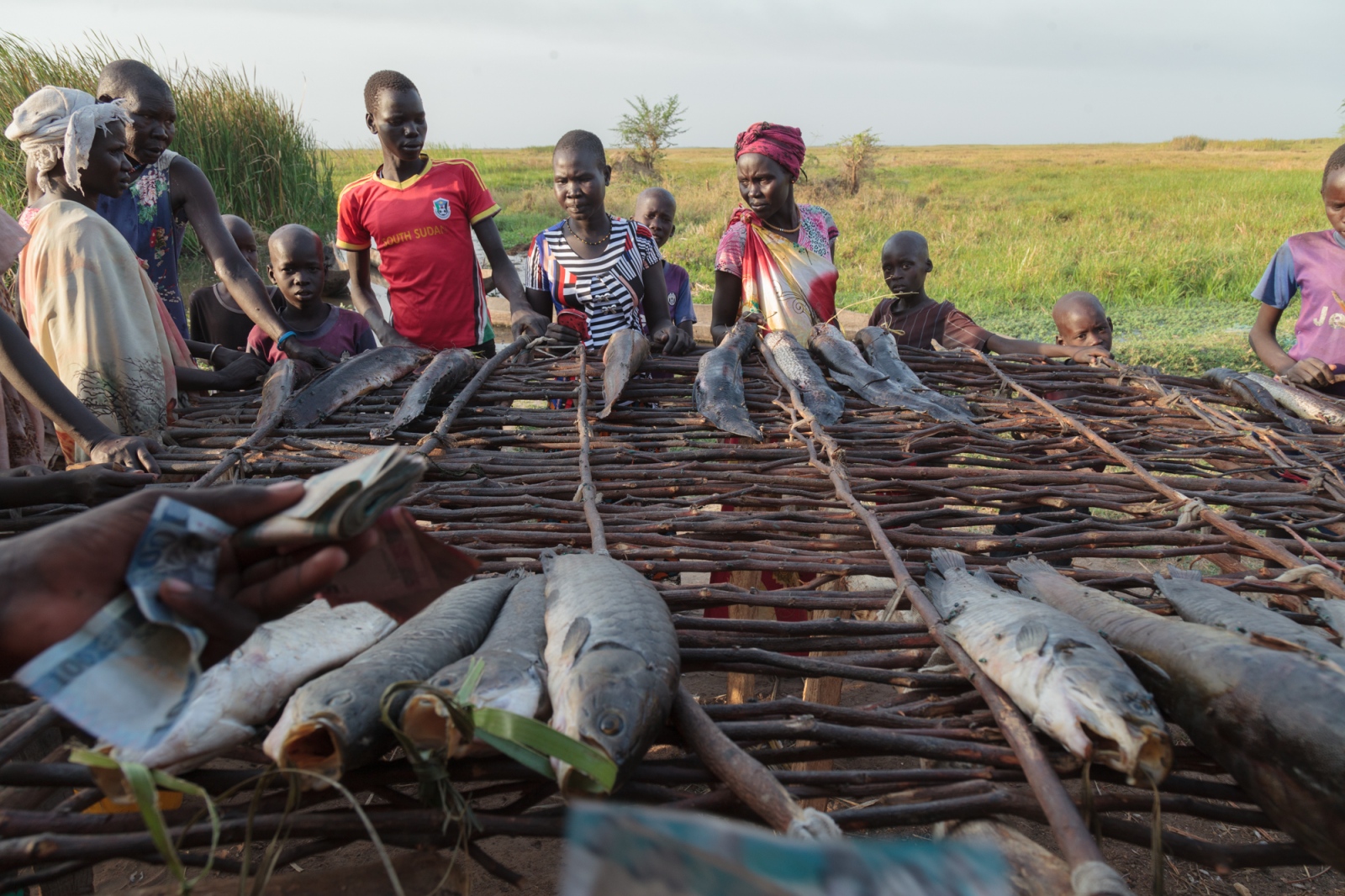 A fish market in Nyal, Unity State, South Sudan. The Sudd has been providing a vital source of fish for the community. 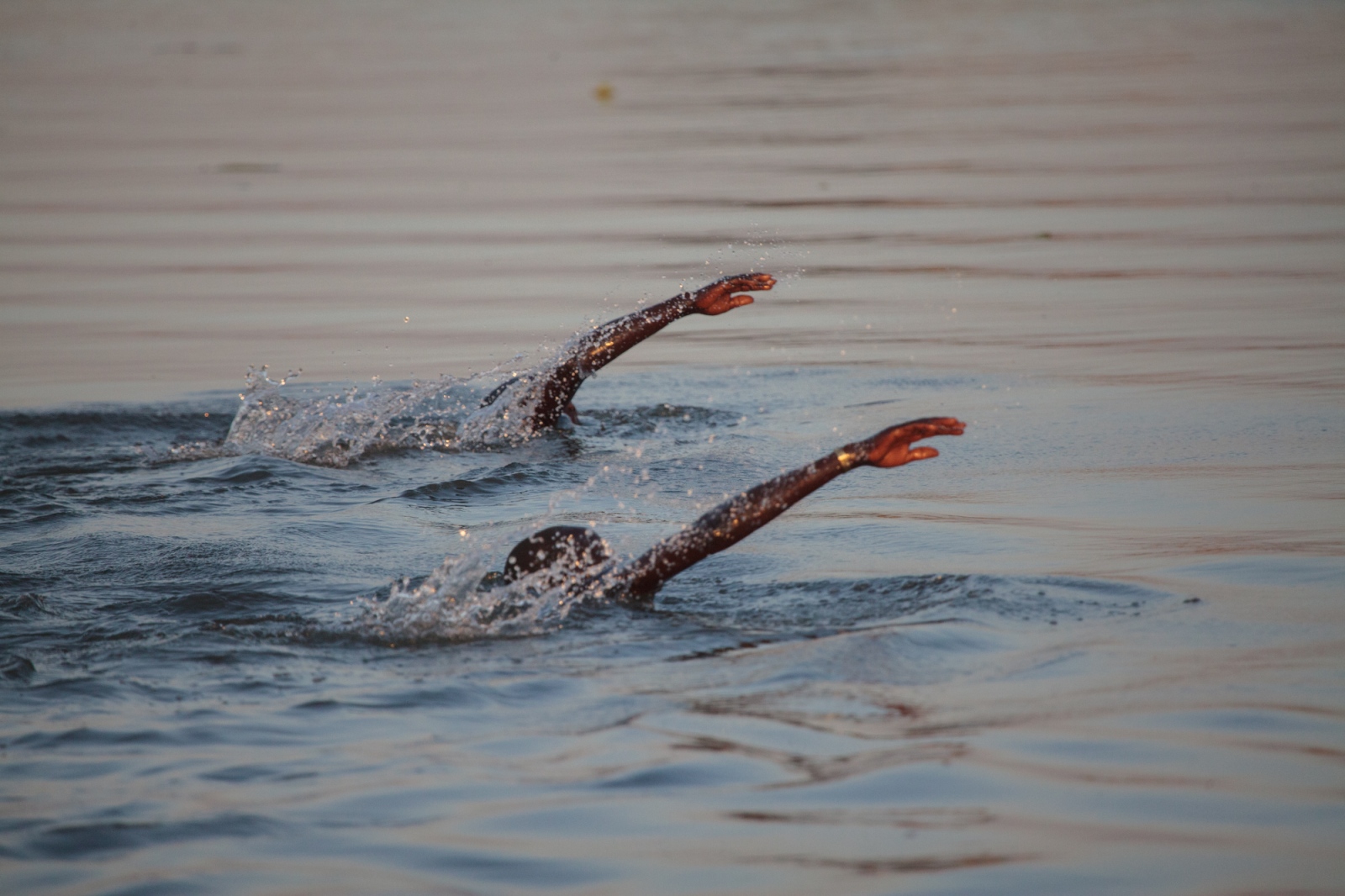 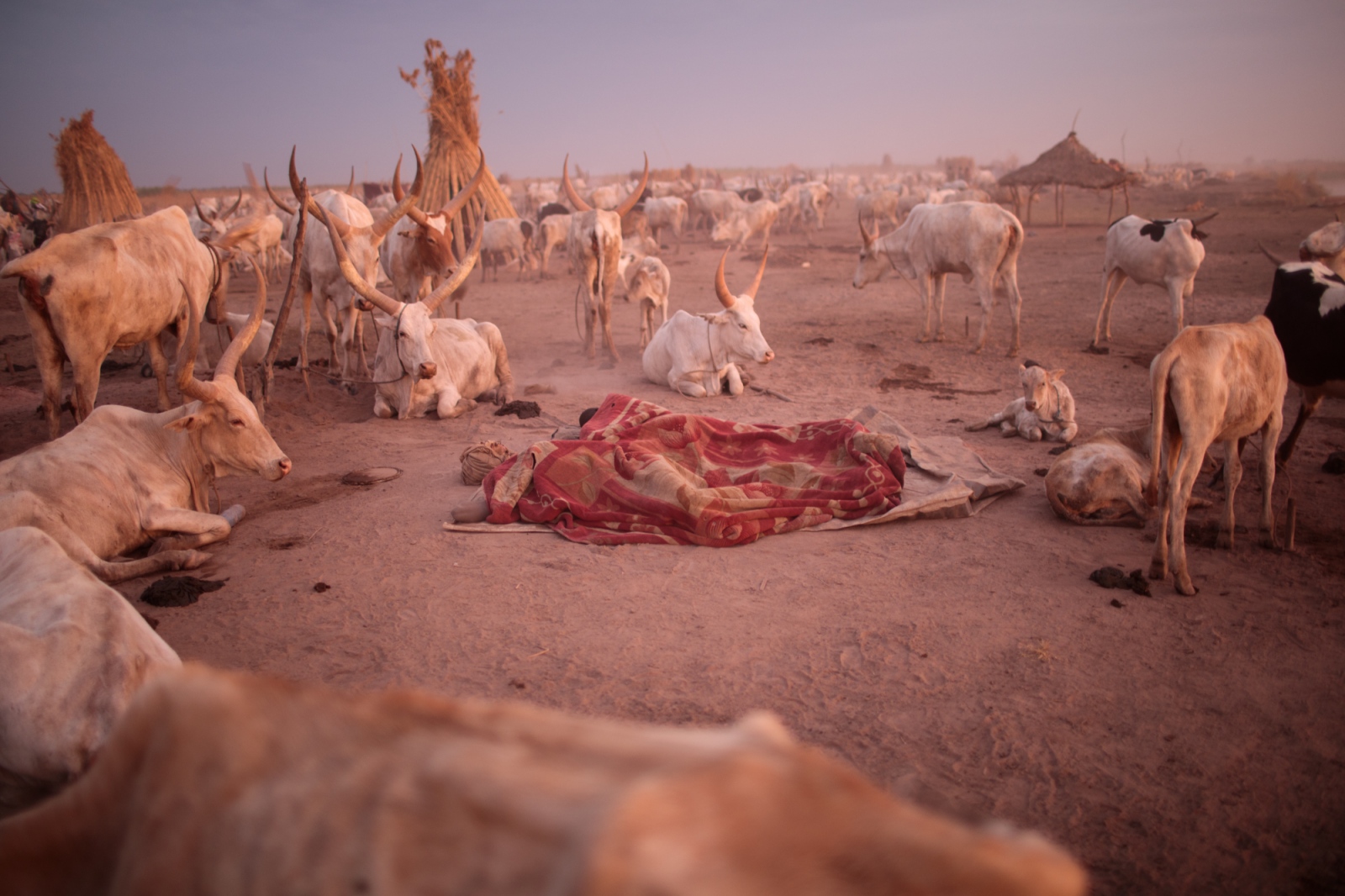 Dawn at a cattle camp in Terekeka, South Sudan. 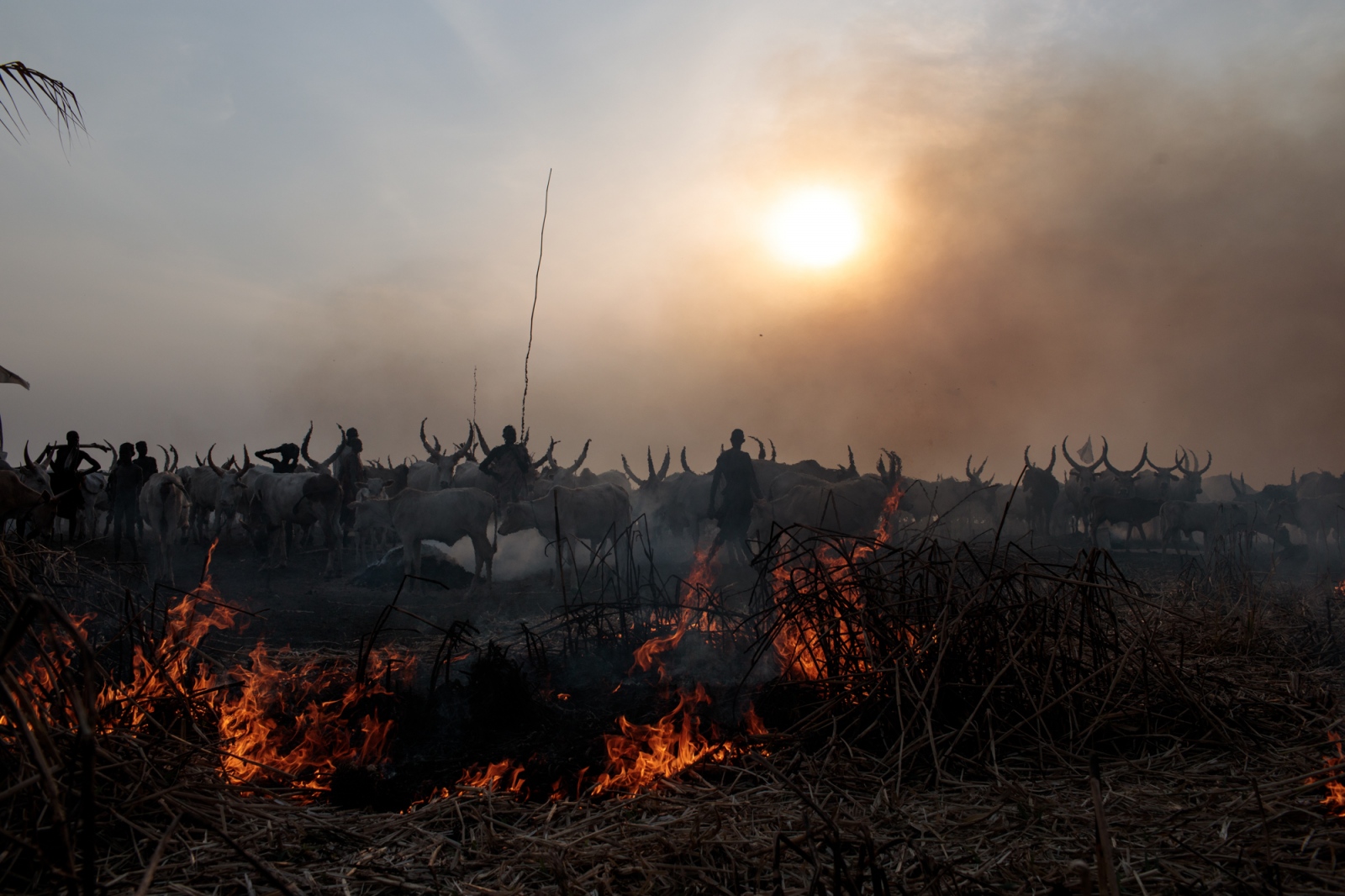 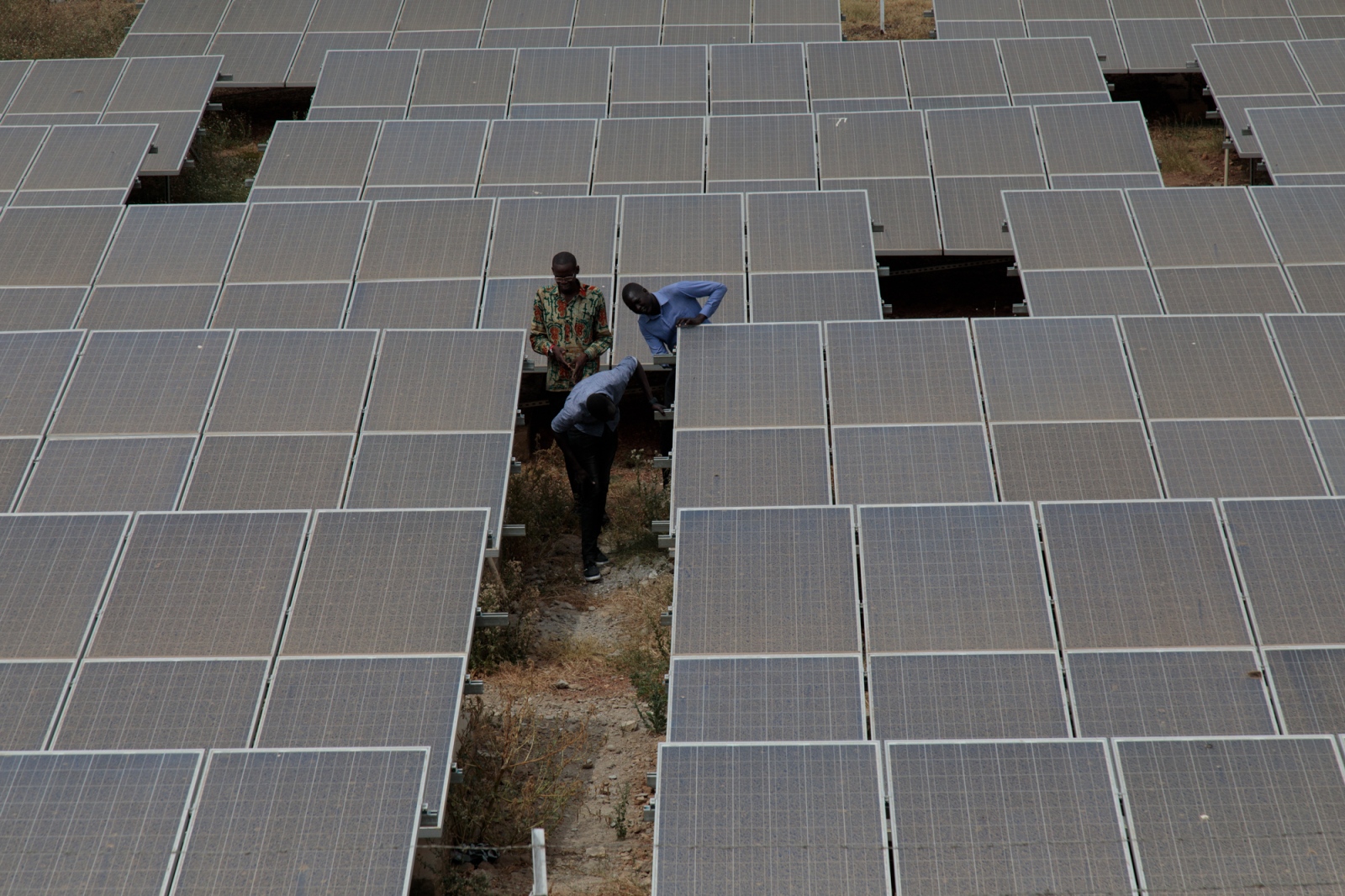 The first STEM Center at the University of Juba, South Sudan. The compound hosts a 150 kW solar-powered generator and battery storage. Such electrical power expertise is critically important in a country with expensive fuel costs and no electrical power grid. 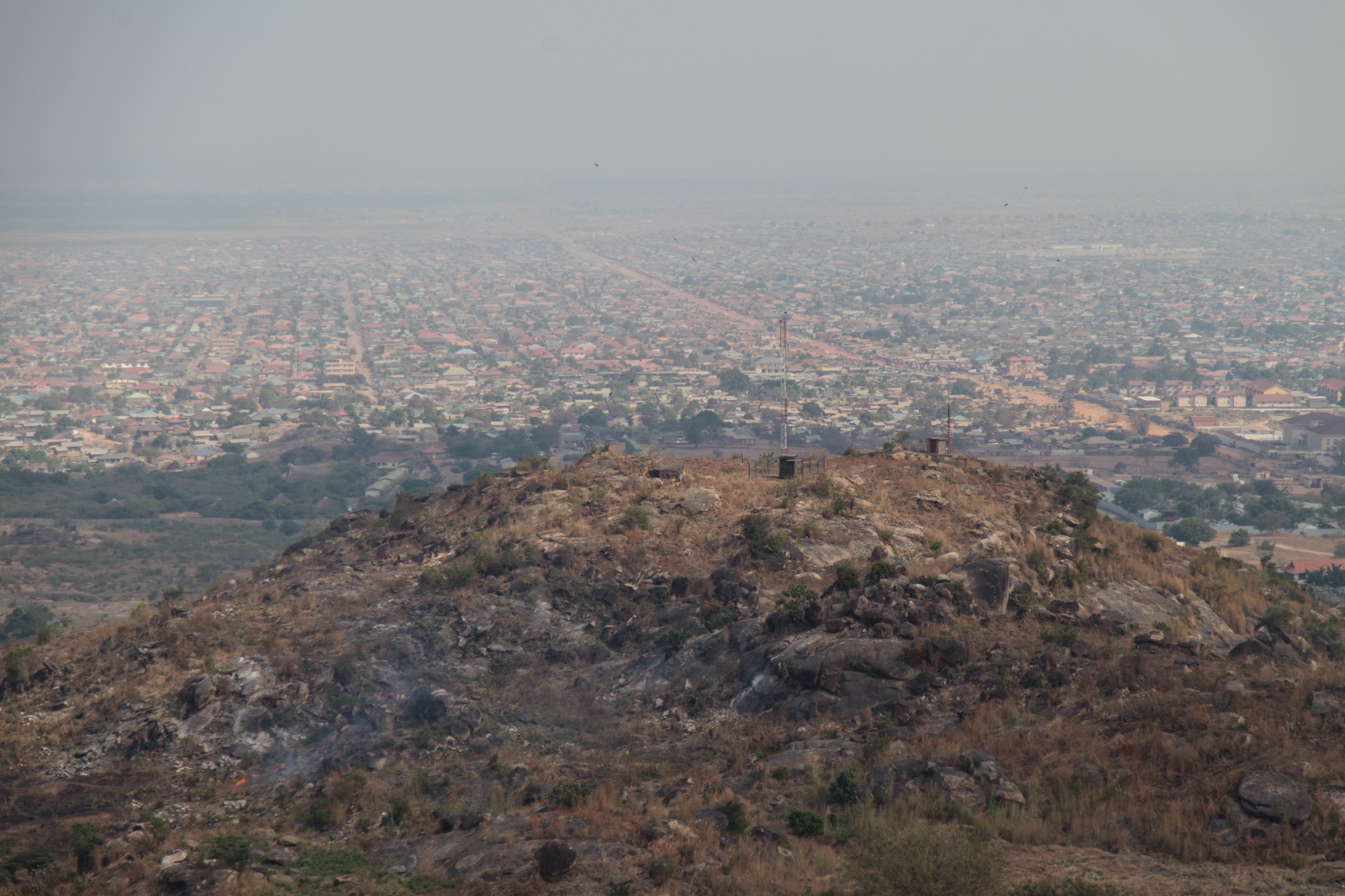 A view of the capital city of Juba, South Sudan.