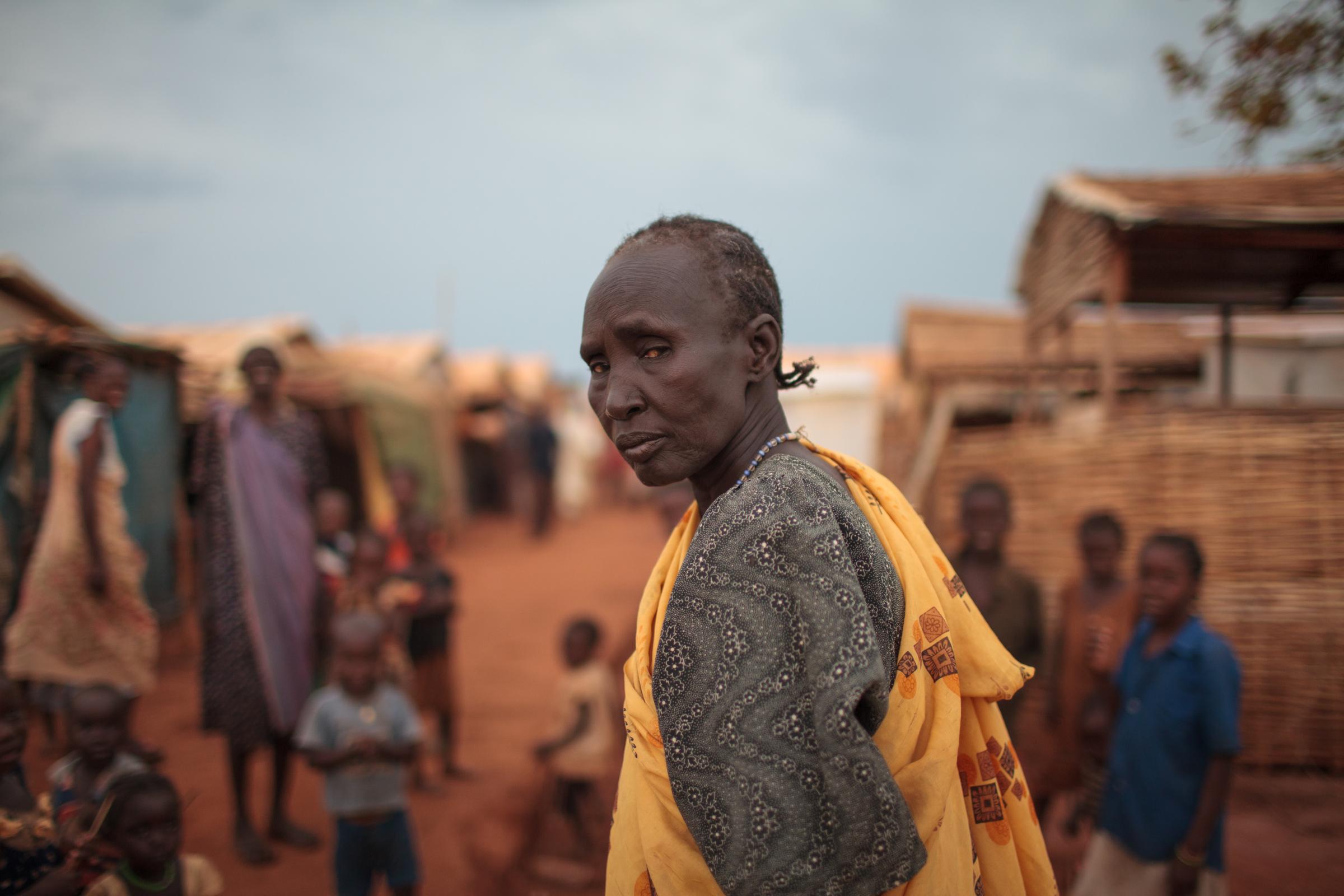 Rebeca Mapuor from Rumbek at the Wau POC Camp. She has been at the POC for 3 weeks and came claiming lack of food as people from her village also fled. Nyal South Sudan 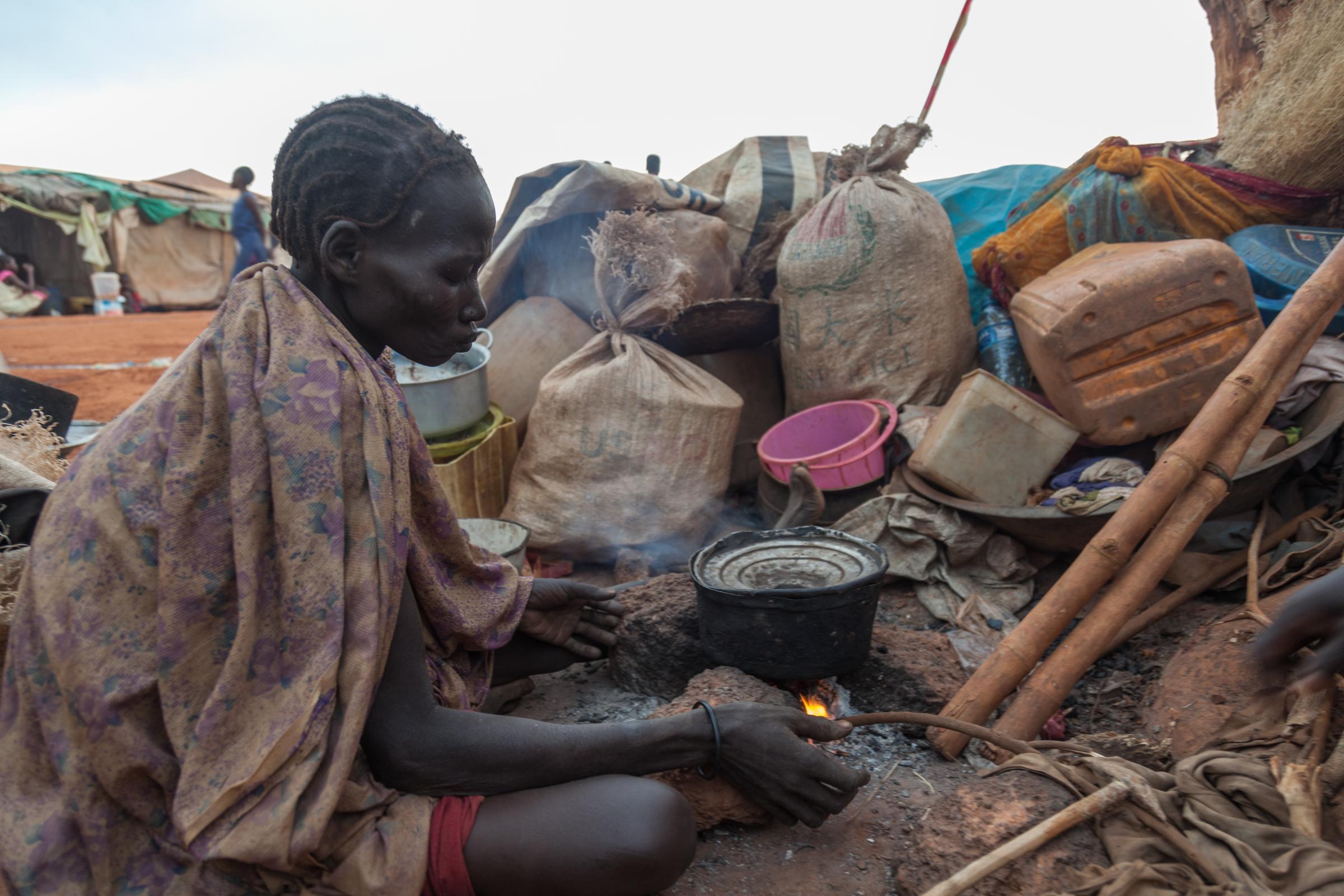 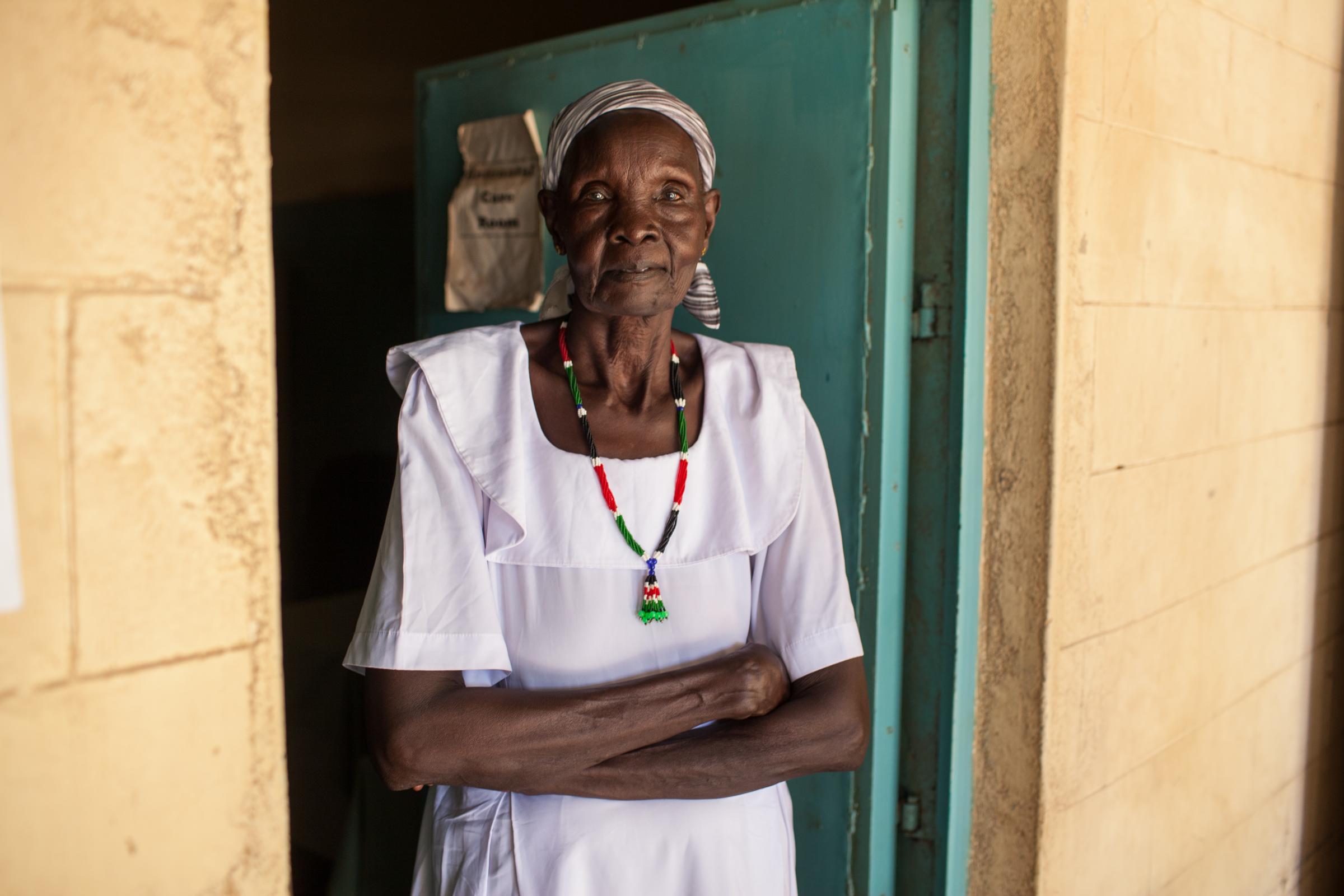 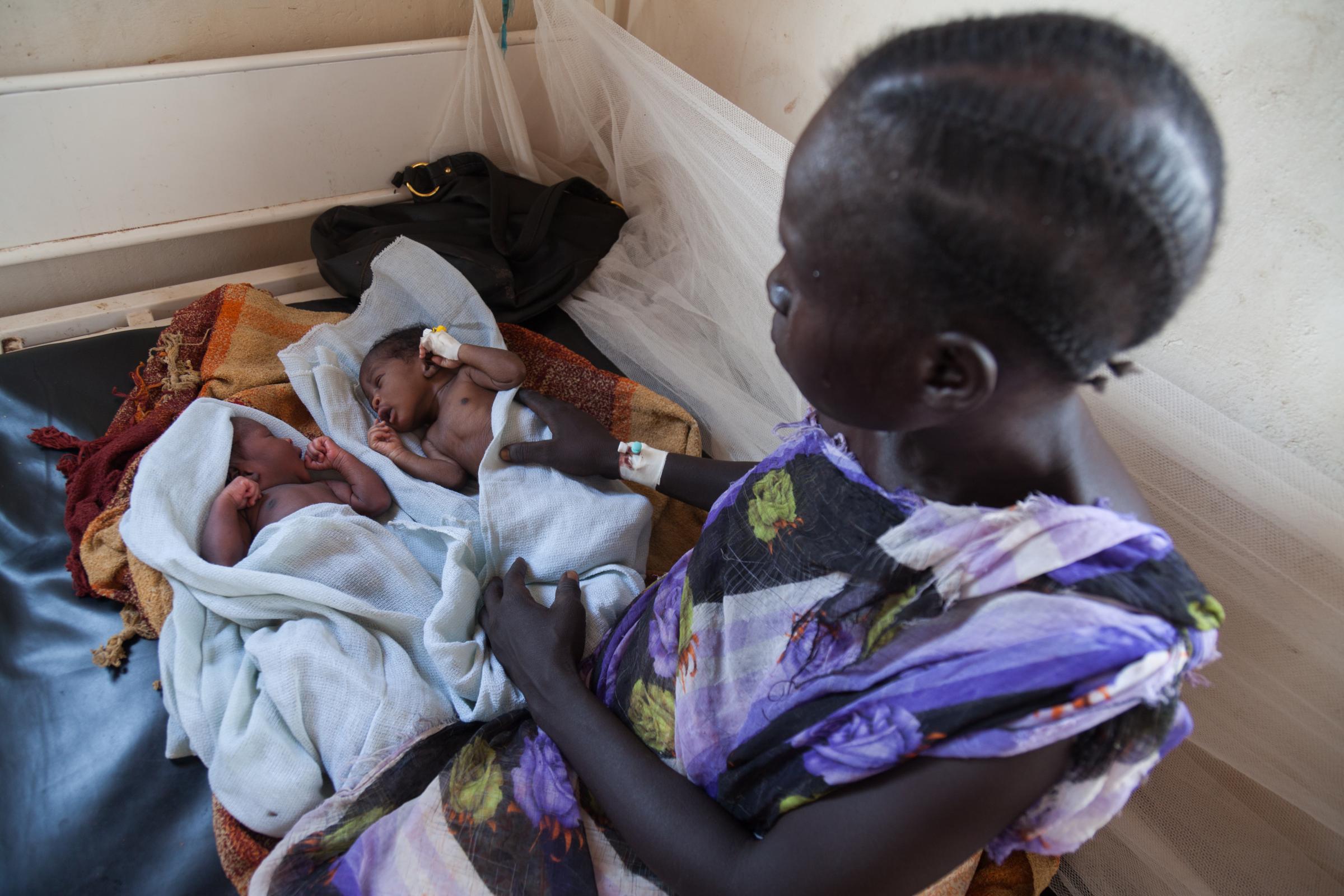 Adut Baak, 30 years old with her one-day twins. She has another 4 children at home and her husband has another 2 wives. United Nations Volunteer Midwife Angelina is suggesting her family planning methods provided by UNFPA. Malual Khon - Aweil East South Sudan 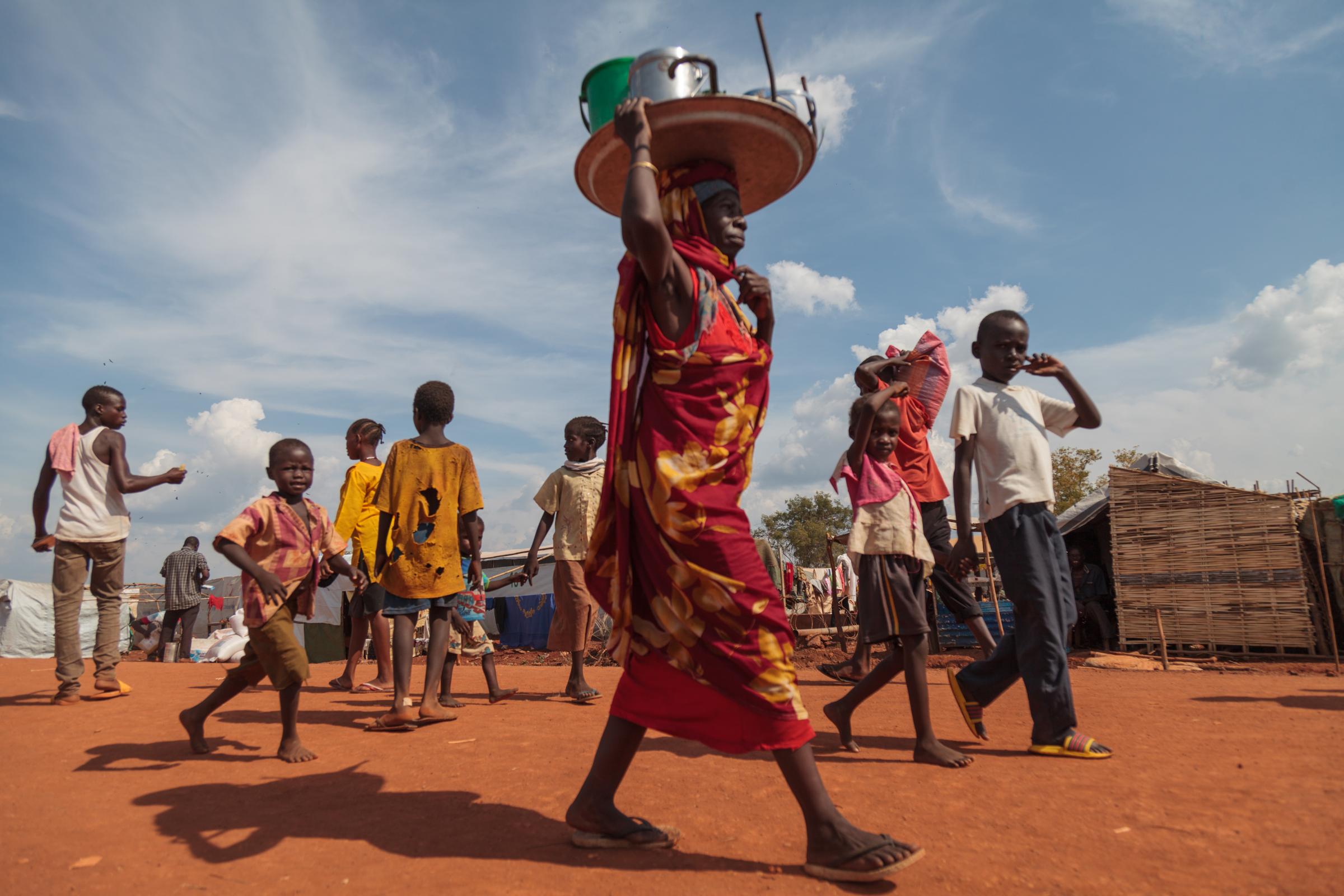 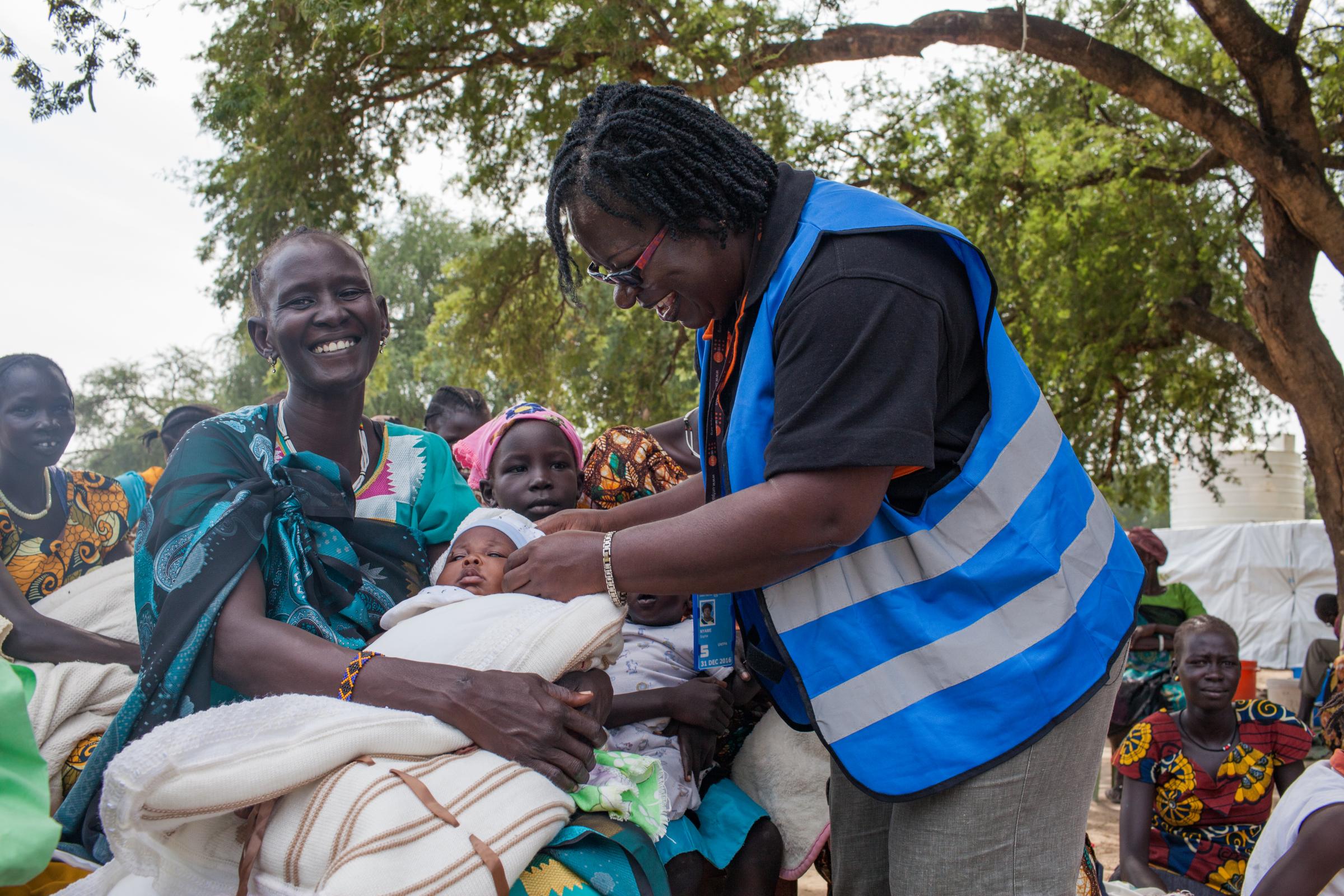 12 November, 2016 - Bor Protection of Civilians Camp, South Sudan - Midwife Sophia Nyame from Ghana with a group of mothers and newborns at Bor protection of civilian’s camp health clinic. The clinic is supported by the UNFPA and run activities such as family planning, midwifery services, counseling and PMTCT (prevention of mother-to-child hiv transmission) Bor South Sudan 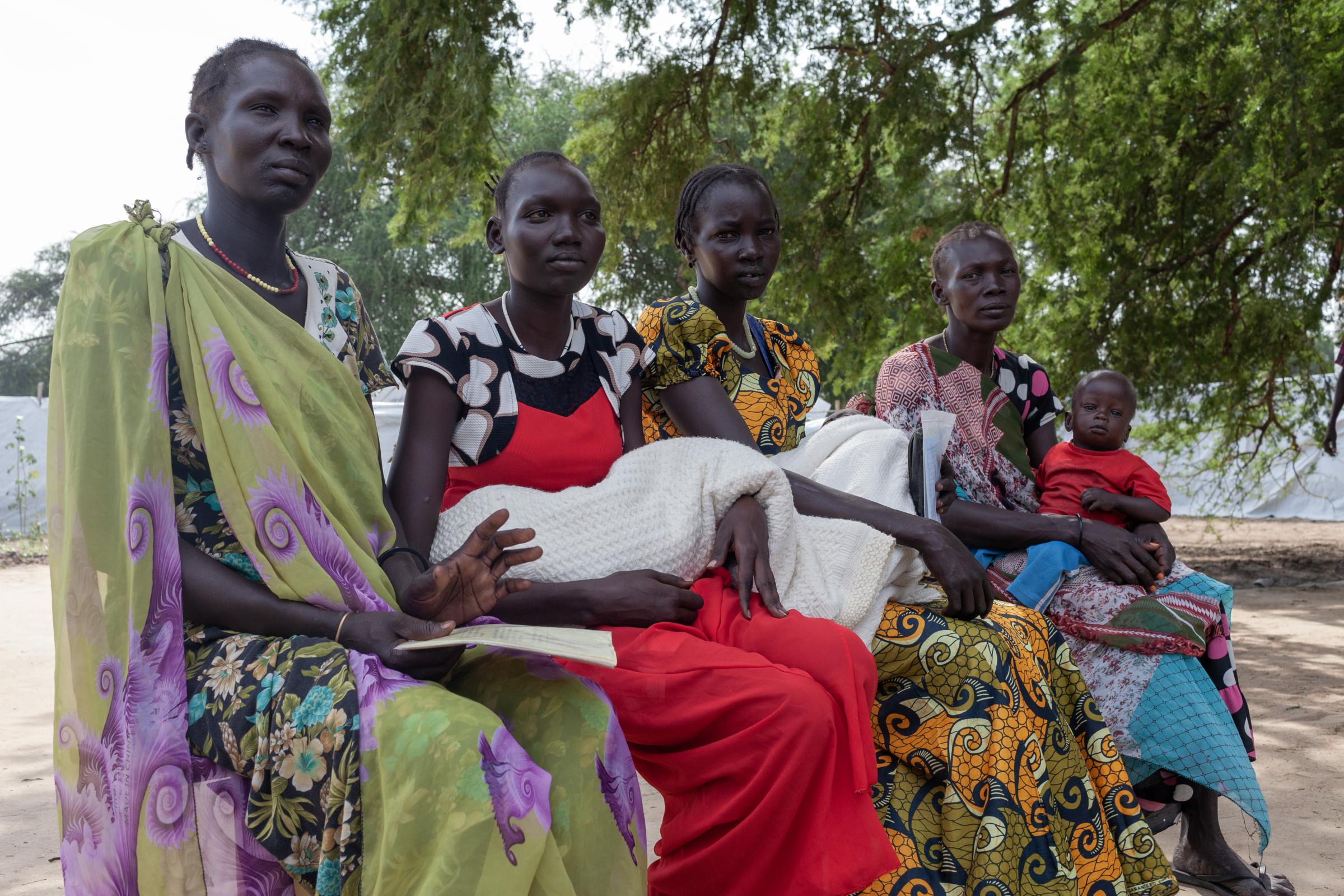 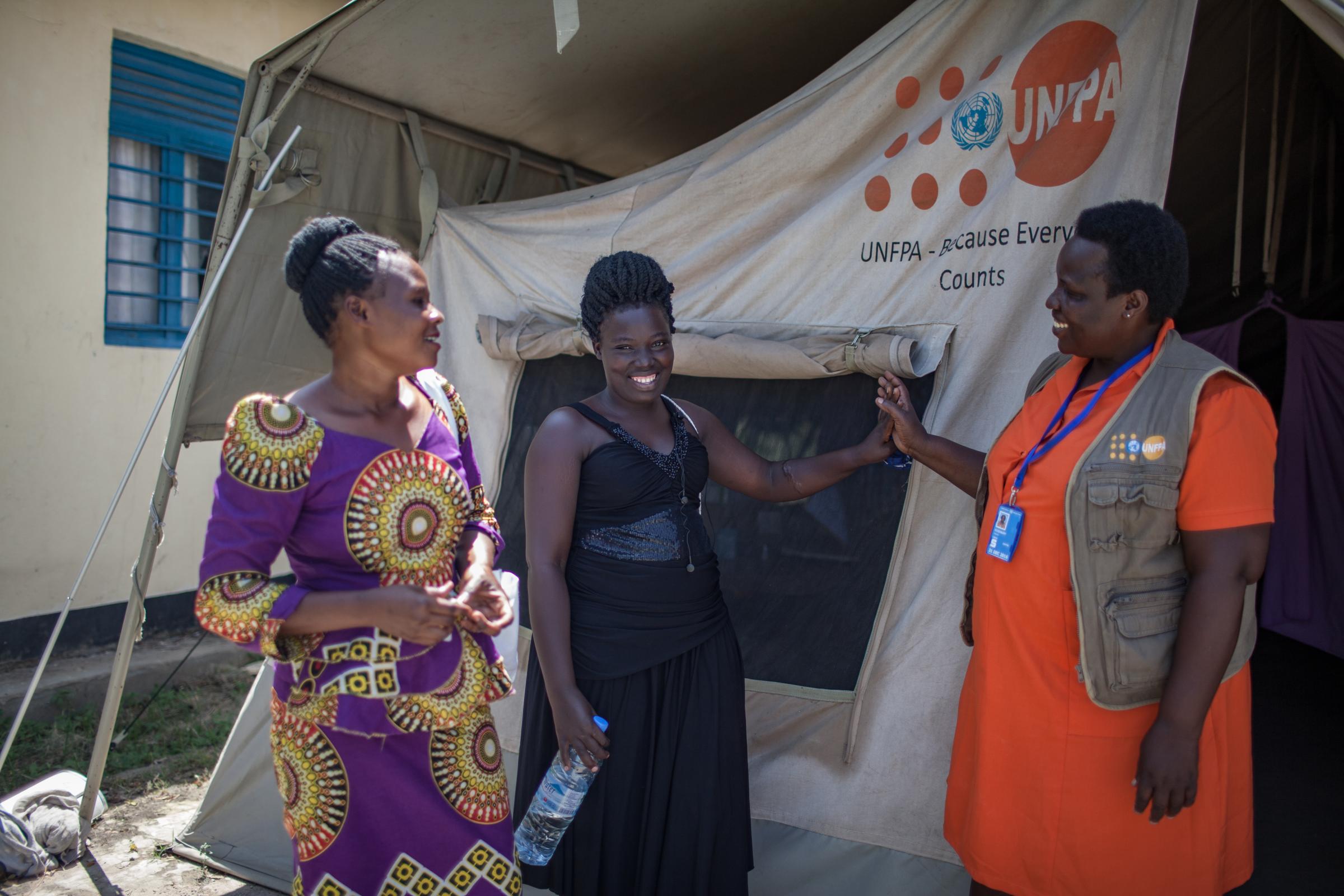 CHALLENGES ON THE HEALTH SECTOR

Bruno Feder
Photographer based in Juba - South Sudan
Text by: Sam Mednick
Amidst the devastation, since becoming the world’s newest nation, maternal health has continued to remain a major challenge in South Sudan. Before the Ministry of Health and UNFPA implemented the Strengthening Midwifery Services (SMS) Project in 2012, the maternal health landscape in South Sudan was grim. This was due to several factors, with some of the most prominent including a shortage of skilled health workers, inaccessibility to healthcare facilities, and a lack of awareness among women on maternal health. Prior to the inception of the SMS Project, very little recognition was given to midwives. There was only one training school in the country that implemented a professional midwifery education programme. There was no midwifery regulatory framework in place and no strategic or developed midwifery plan. 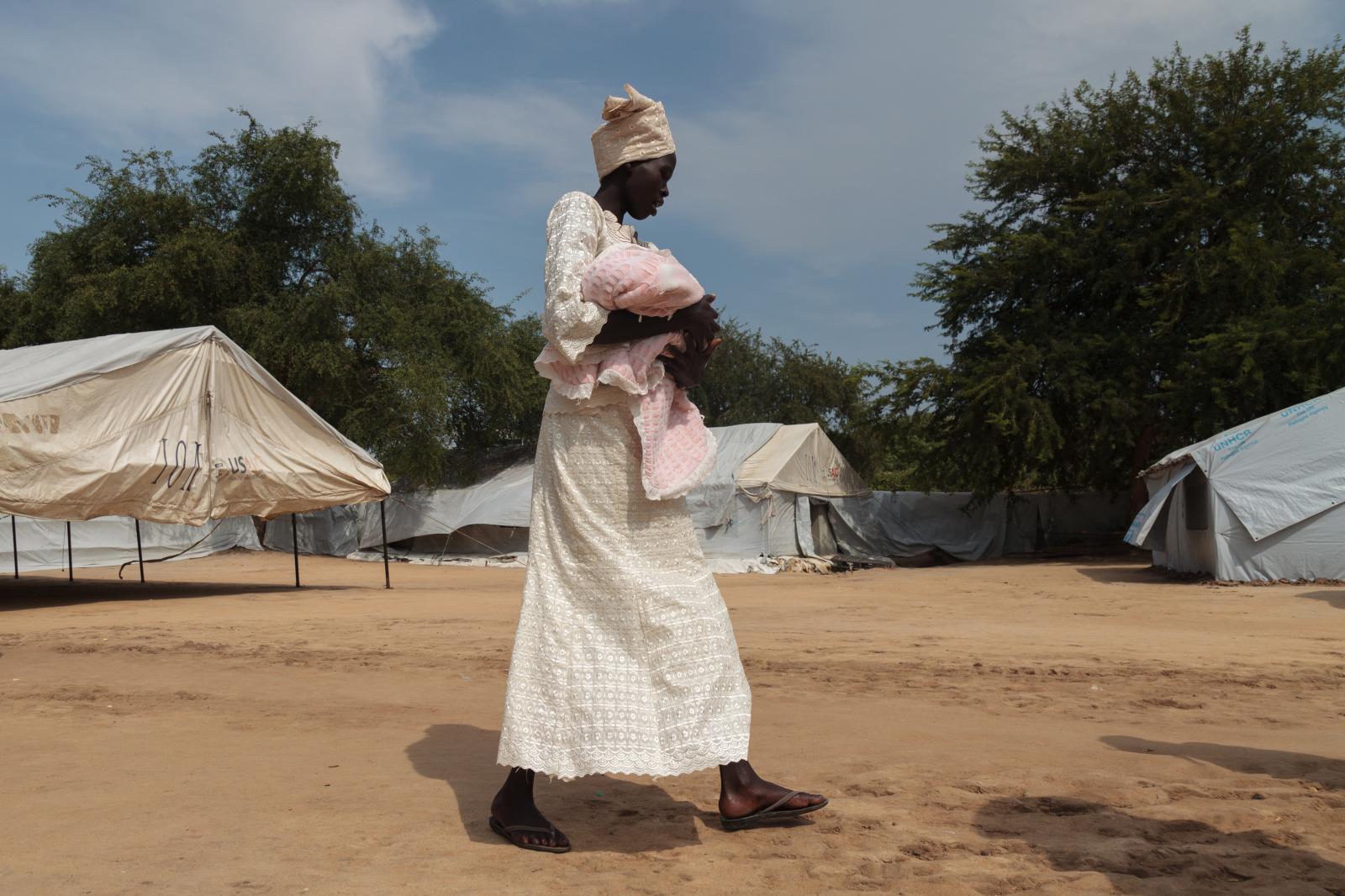 Bor Protection of Civilians Camp, South Sudan – Mother and carrying her newborn leaving the Bor POC health clinic after a UNFPA midwives and nurses check up. Bor South Sudan
Less than 10 qualified midwives In 2011, there were less than 10 qualified midwives in a country with a population of roughly 11 million people, 24 percent of whom were women of childbearing age between 15-49 years old. This shortage of skilled workers combined with extreme challenges to access to health services greatly contributed to the high mortality rate. As 80 percent of South Sudan’s population lives in rural villages, the few qualified midwives and nurses, they often weren’t able to reach the most vulnerable people. As a result, most of the families who live in these areas rely on traditional birth attendants (TBAs) when giving birth. The TBAs are untrained women who communities have trusted and used for generations, yet they have no formal skills and are unable to deal with complications during birth, such as fistulas and hemorrhaging among other life-threatening issues. 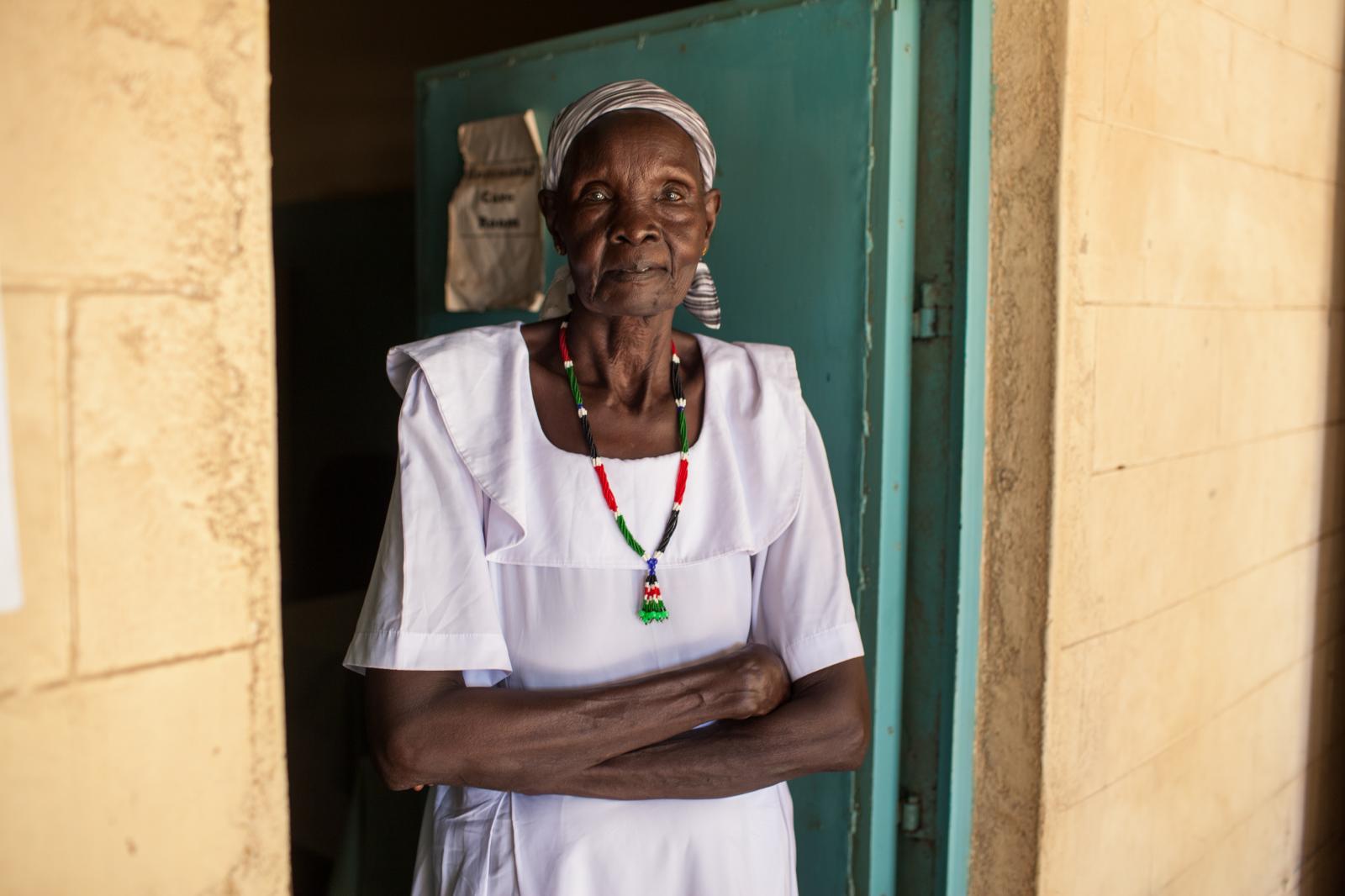 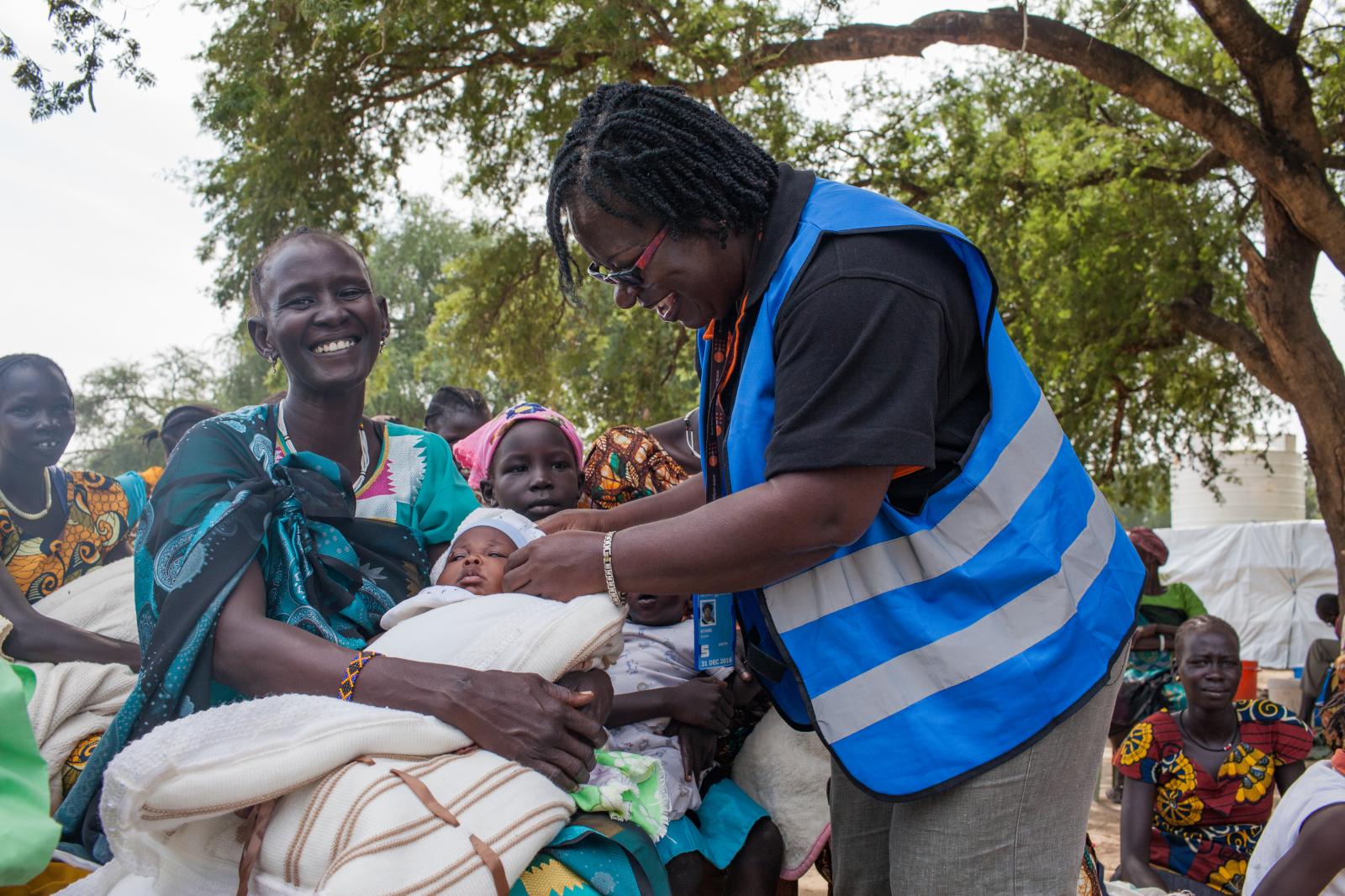 Midwife Sophia Nyame from Ghana with a group of mothers and newborns at Bor protection of civilian’s camp health clinic. The clinic is supported by the UNFPA and run activities such as family planning, midwifery services, counseling and PMTCT (prevention of mother-to-child hiv transmission) Bor South Sudan.
Access issues Many mothers are unaware that they have other options for safe deliveries. For those who would prefer to give birth in a hospital with a trained midwife, it’s often extremely hard to access a nearby clinic. Most rural families have no means of transport and, even if they do, South Sudan’s infrastructure is extremely shoddy. In a country with a road network of over 10,000 miles, only 125 miles of it is paved, according to a 2016 report. This means it can take hours to reach a hospital and many mothers die along the way.
“I’ve seen women brought in on wooden stretchers, some had been carried for days,” says Ocan Walter, a first year student of emergency obstetrics and gynecology in Juba under the Associate Clinicians Training Programme of the SMS Project. The programme trains mid-level health workers such as Clinical Officers in emergency obstetrics and surgery. Walter says that when he worked as an assistant in remote parts of the country there was often no way to get women to nearby treatment centers. “Donkeys would often transport them,” he recalls. “And the mothers would die en route.” For those who are able to access the clinics, due to the recent conflict, options have become limited. Currently, 57 percent of health facilities across the country are non‑functional. 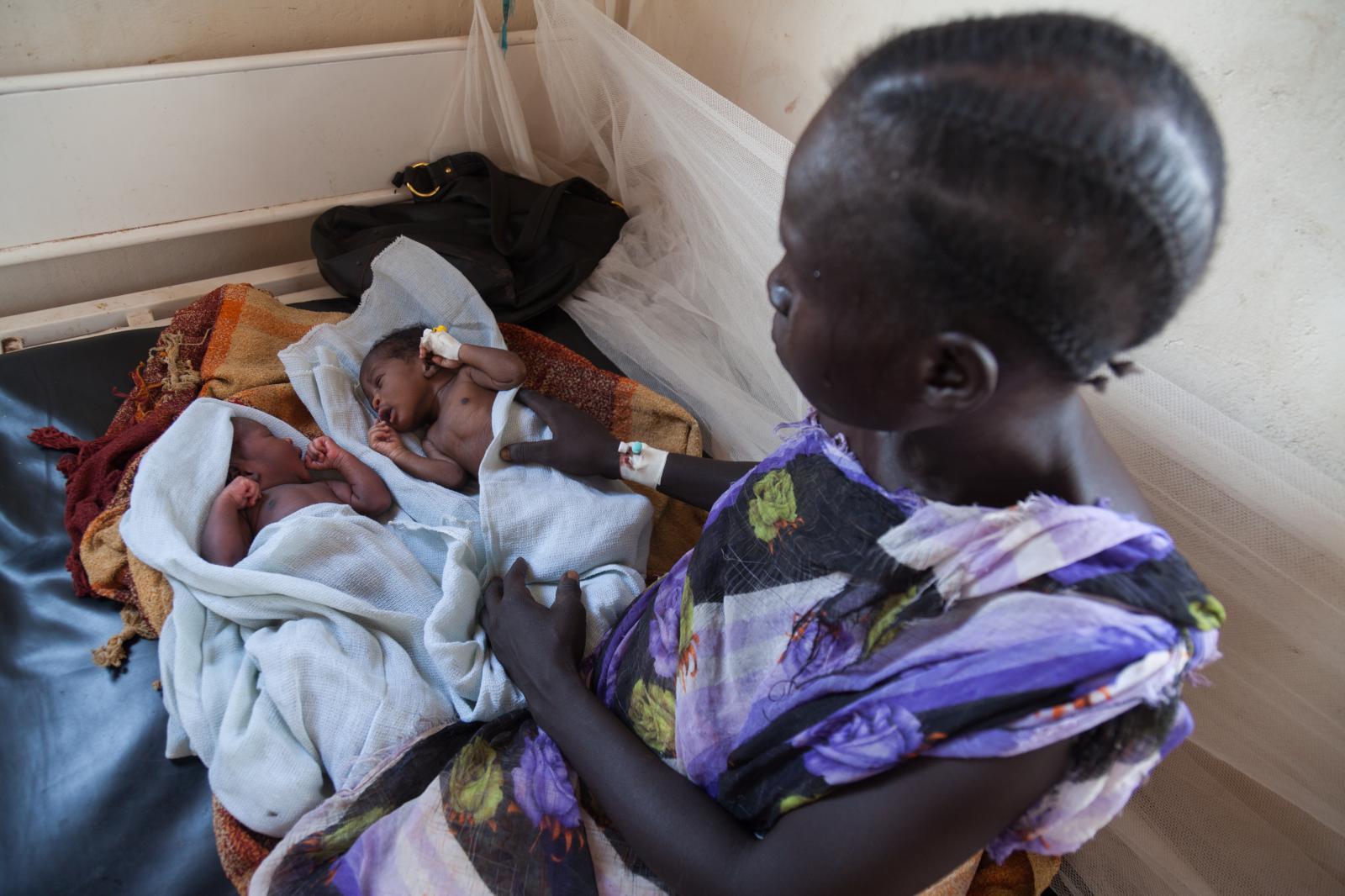 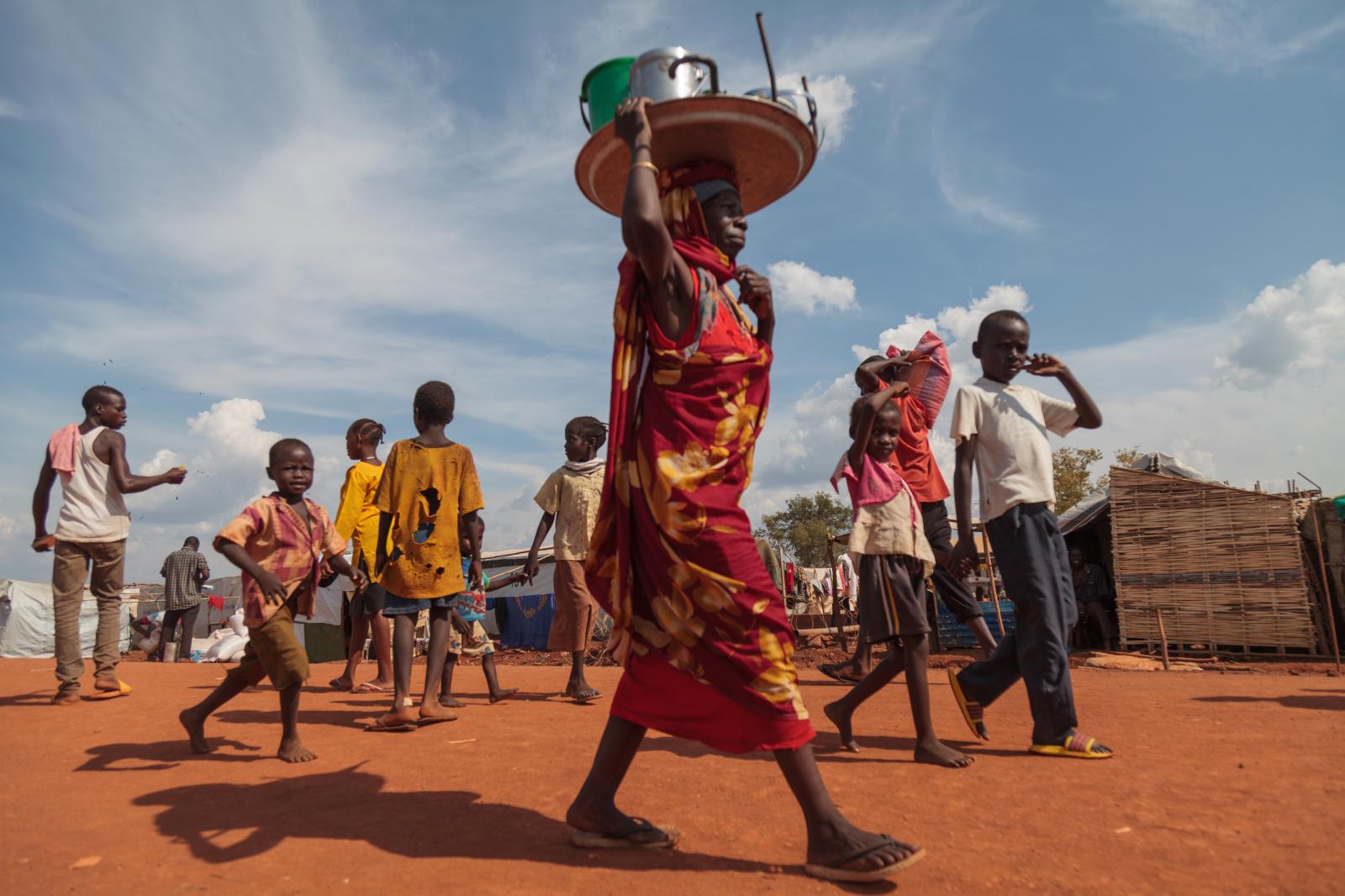 Wau POC Wau South Sudan
Low acceptance for family planning In addition to a shortage in skilled health workers and access challenges, another prevalent issue was a low uptake of family planning services. Only 4.5 per cent of families in South Sudan use some methods of contraception, mainly due to both stigma and to the belief (especially among many men) that a woman’s purpose is to have babies. Since the inception of the SMS Project, UNFPA has worked relentlessly to combat the situation, encouraging women and their husbands to come for family planning counseling. As a token gesture, family planning clinics would prioritize attending to women who come with their husbands. 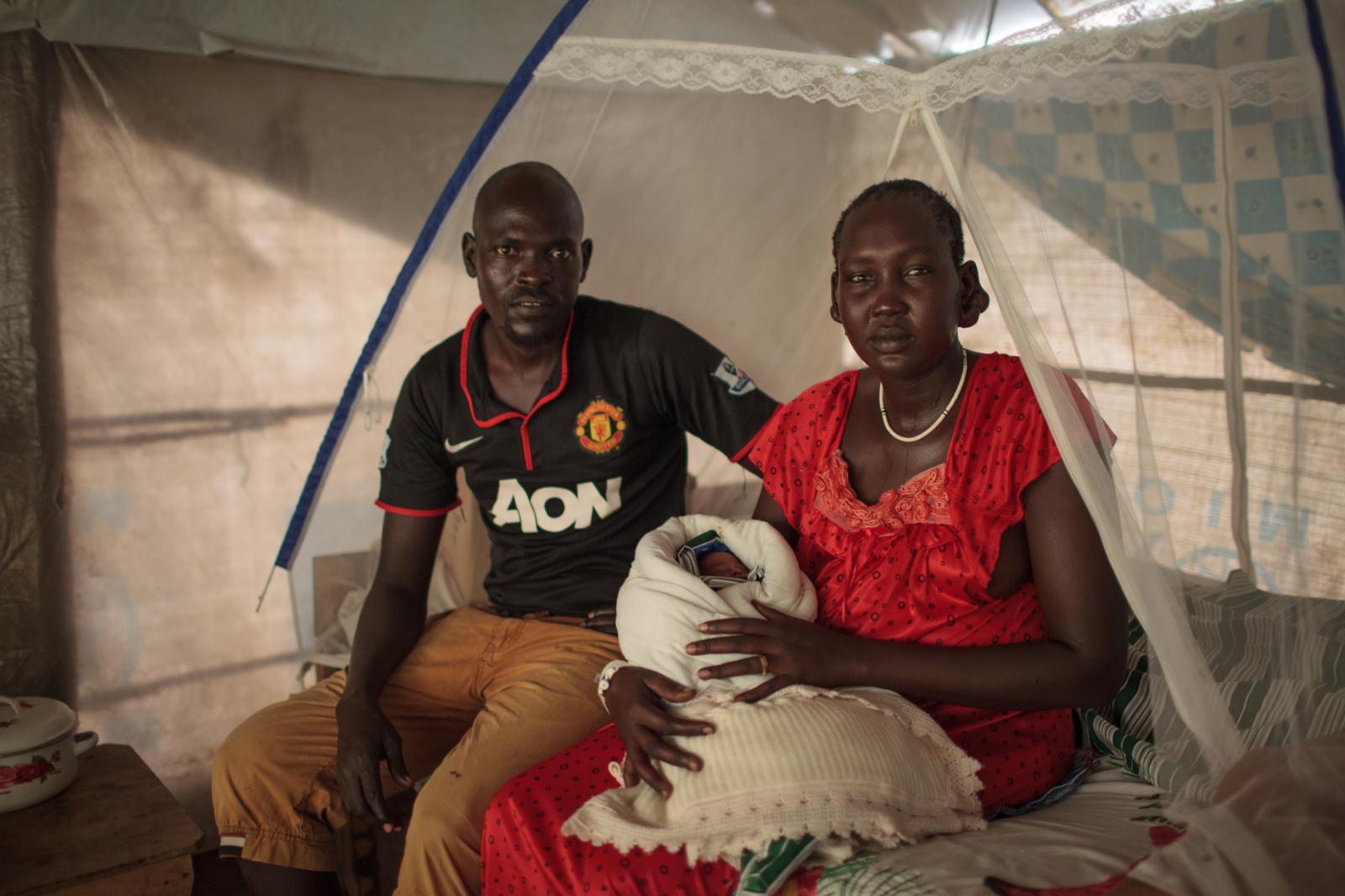 Goanar Choul 31 years old and his wife Nyakhol Pal 26 years old inside a tent at Bor POC with their  premature baby. The baby was born with 32 weeks and the other twin didn’t survived the birth. The couple came to the POC during the 2013 fighting, they don’t feel safe outside the POC and claim that if they attempt to get out they wouldn’t find jobs or food and could be attacked because of their ethnicity. 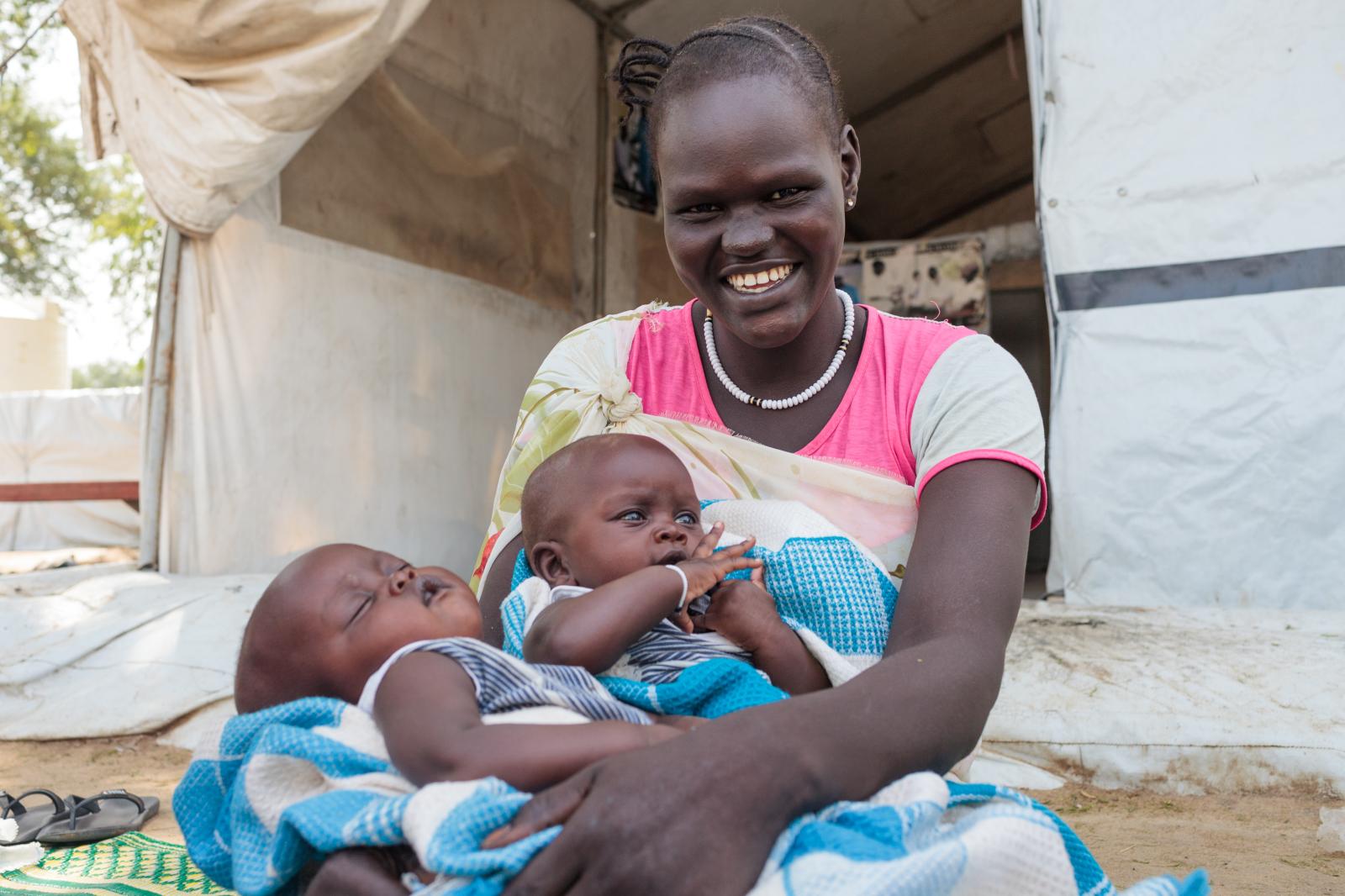 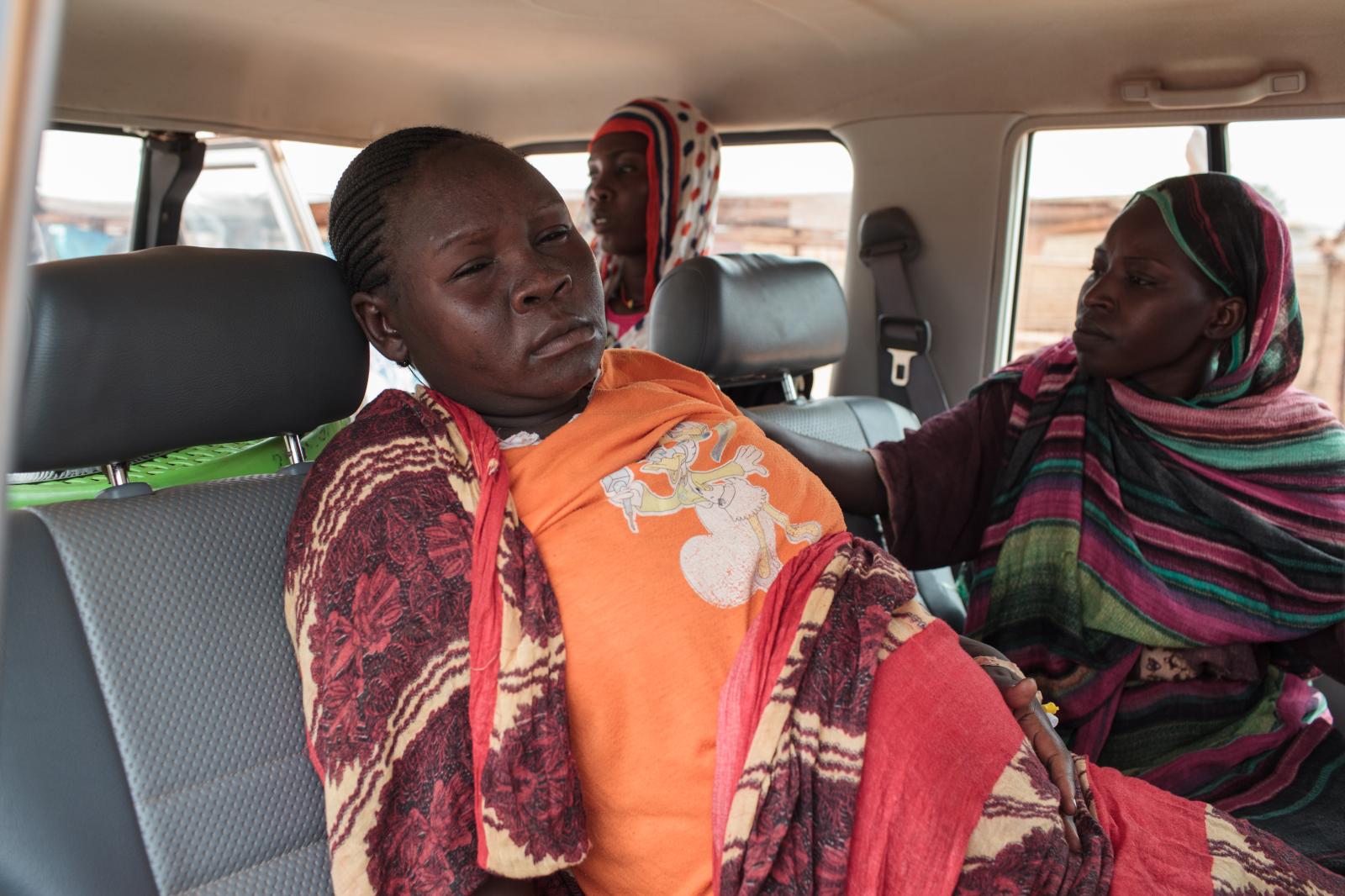 Aziza Karama accompanied by second year midwifery student Margareth Gunda from HSI to a hospital due to complications during delivery at the Wau POC.
Small victories amidst the challenges
South Sudan Health Minister Riek Gai Kok credits the initial successes of the SMS Project to the holistic approach taken by the Ministry and the project partners to improve maternal health. Working on all facets of health, Dr. Kok says, is the only way to truly combat the grim maternal health situation. As a result of this holistic philosophy, the SMS Project has made some notable strides. The investment by project donors Canada and Sweden “has hit the nail on the head and it’s a relationship that we’re proud of as a country,” the health minister says.
The aim is to ultimately help shape, develop, empower and strengthen the future and the next generation of the world’s youngest country.
Since 2012, increased awareness, education, and resources have been put towards reducing the maternal mortality rate. Data collected by the WHO, UNICEF, UNFPA, the World Bank Group and the UN Population Division estimated the maternal mortality ratio in South Sudan at 789 deaths per 100,000 live births as of 2015. 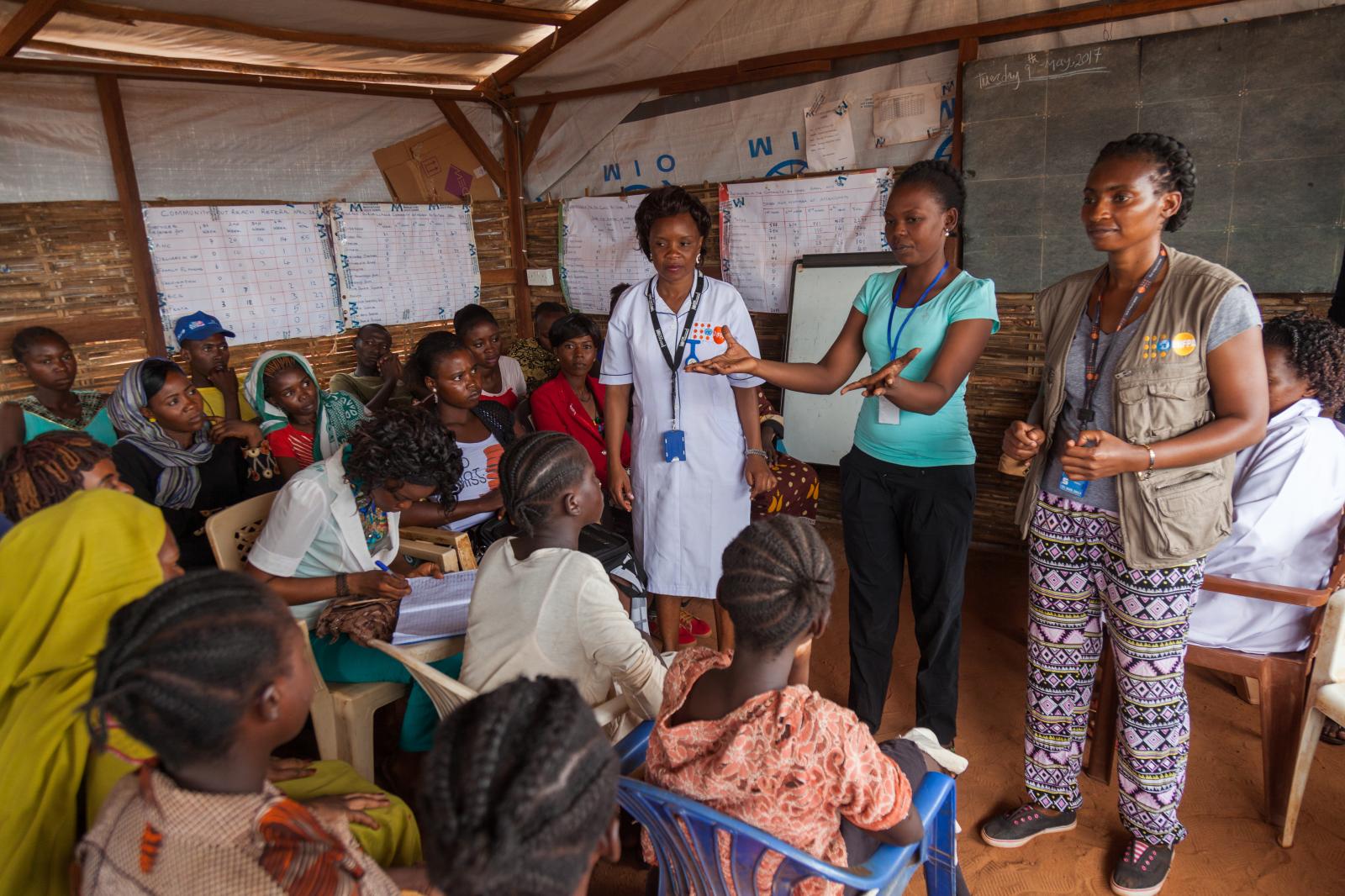 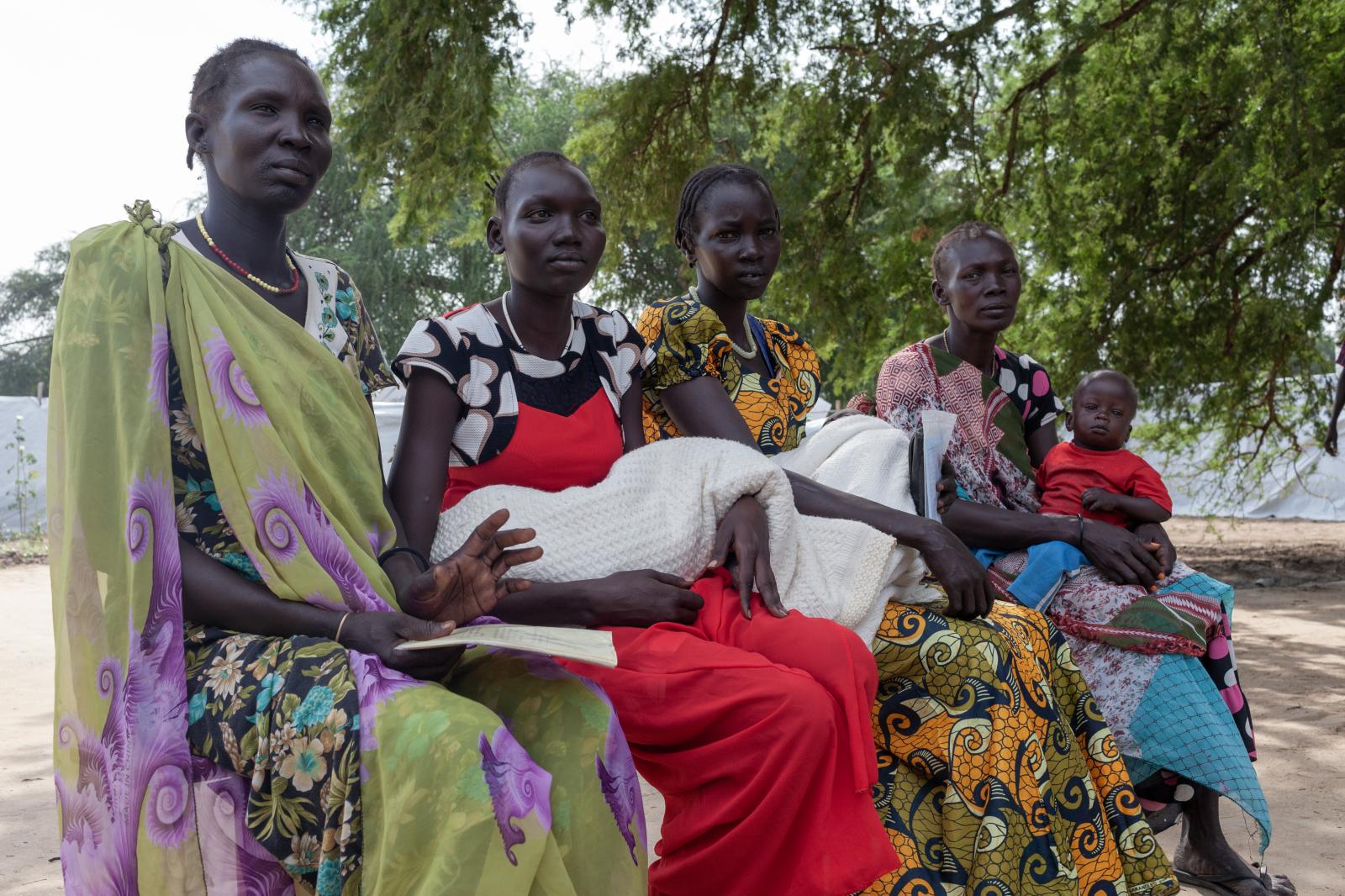 Bor Protection of Civilians Camp, South Sudan - A group of mothers and pregnant women at the health clinic inside Bor POC. 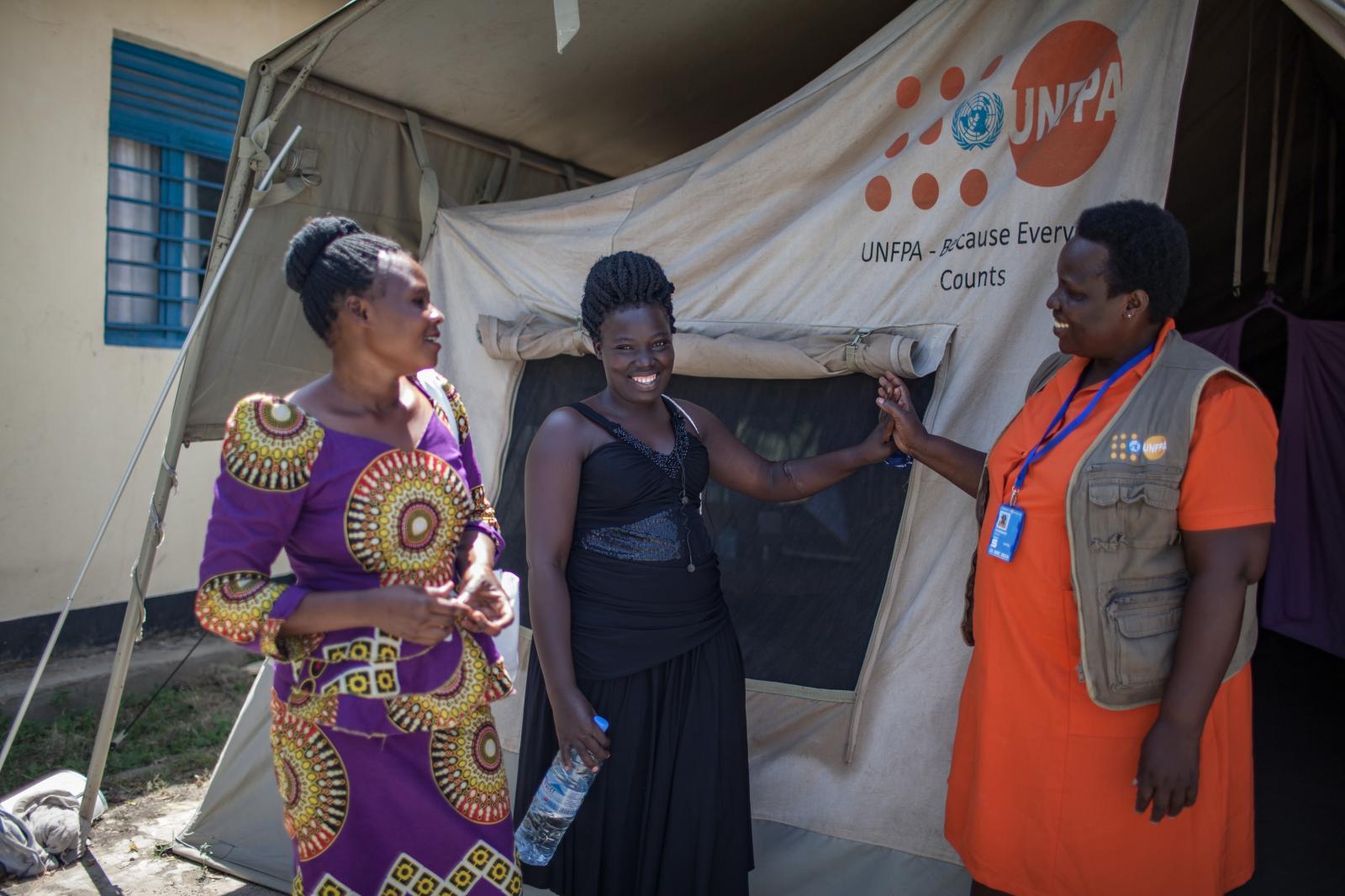