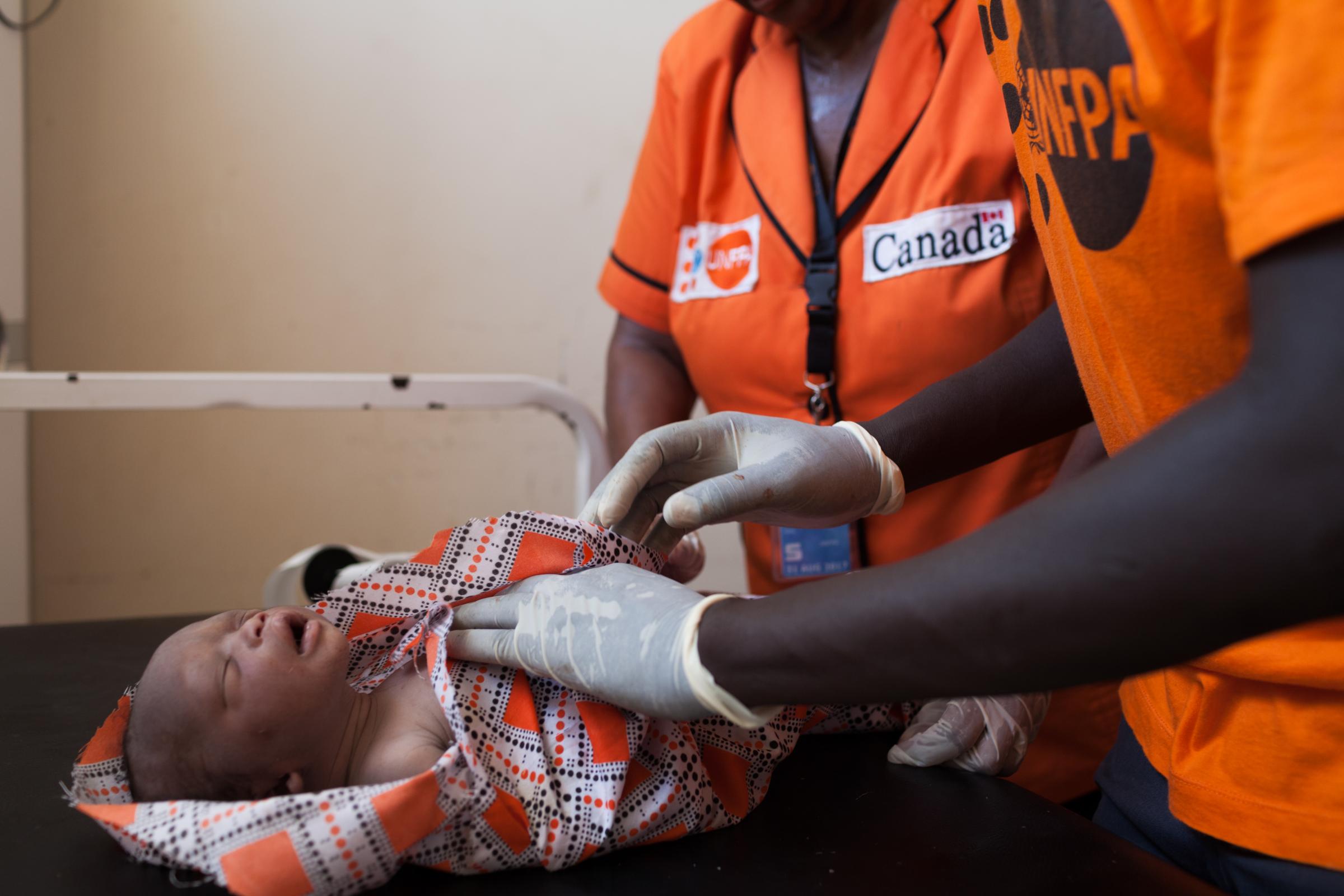 A SECOND CHANCE AT LIFE

Bruno Feder
Photographer based in Juba - South Sudan
Text by Sam Mednick
Martha has had seven previous pregnancies so she thought delivering her eighth would be another walk in the park for her. She would usually give birth in her village assisted by a traditional birth attendant (TBA). But after hours in labor, she realized something was wrong. With the TBA still by her side, she decided to go to Kiir Mayardit Women’s Hospital in South Sudan’s town of Rumbek. She had no idea it was a decision that would ultimately save her unborn child’s life. Upon arrival at the hospital Martha was immediately assisted by Mama Nelly and Daniel Wol – midwives deployed to Rumbek under the SMS Project. Both confirmed that the baby was distressed and soon discovered that the umbilical cord was coiled around the baby’s neck. The infant couldn’t breathe. A few more hours and Martha delivered a beautiful baby girl. However, the room was not greeted with the usual cries that accompany the occasion. This child wasn’t breathing.
Quickly jumping into action, Mama Nelly and Daniel took the baby and placed her on a table. The Kiir Mayardit Hospital has a severe lack of supplies and basic medicines. The facility also operated without electricity. As a result, resuscitating the baby was proving extremely difficult. As buckets of sweat poured down his face, Daniel comforted Martha while simultaneously tending to her silent baby girl. Unfortunately, he has seen this all before. “It happens sometimes,” says Daniel. “There’s no oxygen and no power, it’s a really bad set up.” The two midwives manually pumped air into the baby’s tiny lungs, while massaging her chest. As there was no power they couldn’t hook her up to any machine that would facilitate resuscitation. Several minutes later, after what felt like a lifetime, a light whimper broke the icy silence engulfing the room. The baby’s arms flailed as she gasped her first breath. Lifting her head and reaching out for her child, Martha groaned deeply, overcome with relief.
Her newest daughter is the youngest of eight children. Some of the older ones already have kids of their own, so Martha is both mother and grandmother. “We’re going to recommend some family planning,” smiles Mama Nelly. “She can’t keep giving birth.” For the time being, she’s letting Martha enjoy the moment with her new daughter. Nursing from Martha’s breast, the baby lets out a louder cry. “This is the happiest part of my job,” says Mama Nelly. “When the delivery goes well and I can tell the mother that they can go home.” 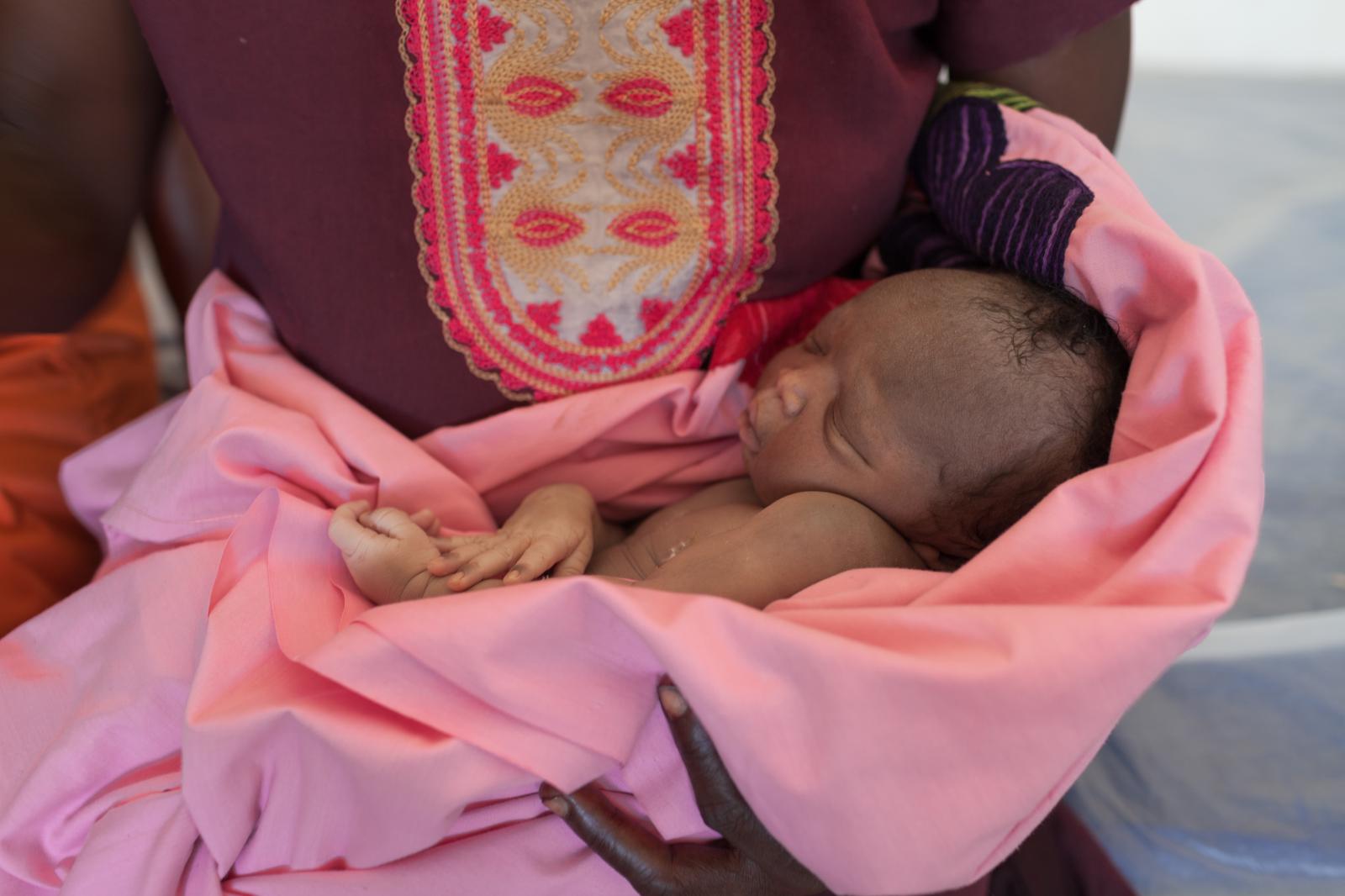 Martha and her newborn at the postnatal ward of Kiir Mayardit Women’s Hospital. Rumbek South Sudan. 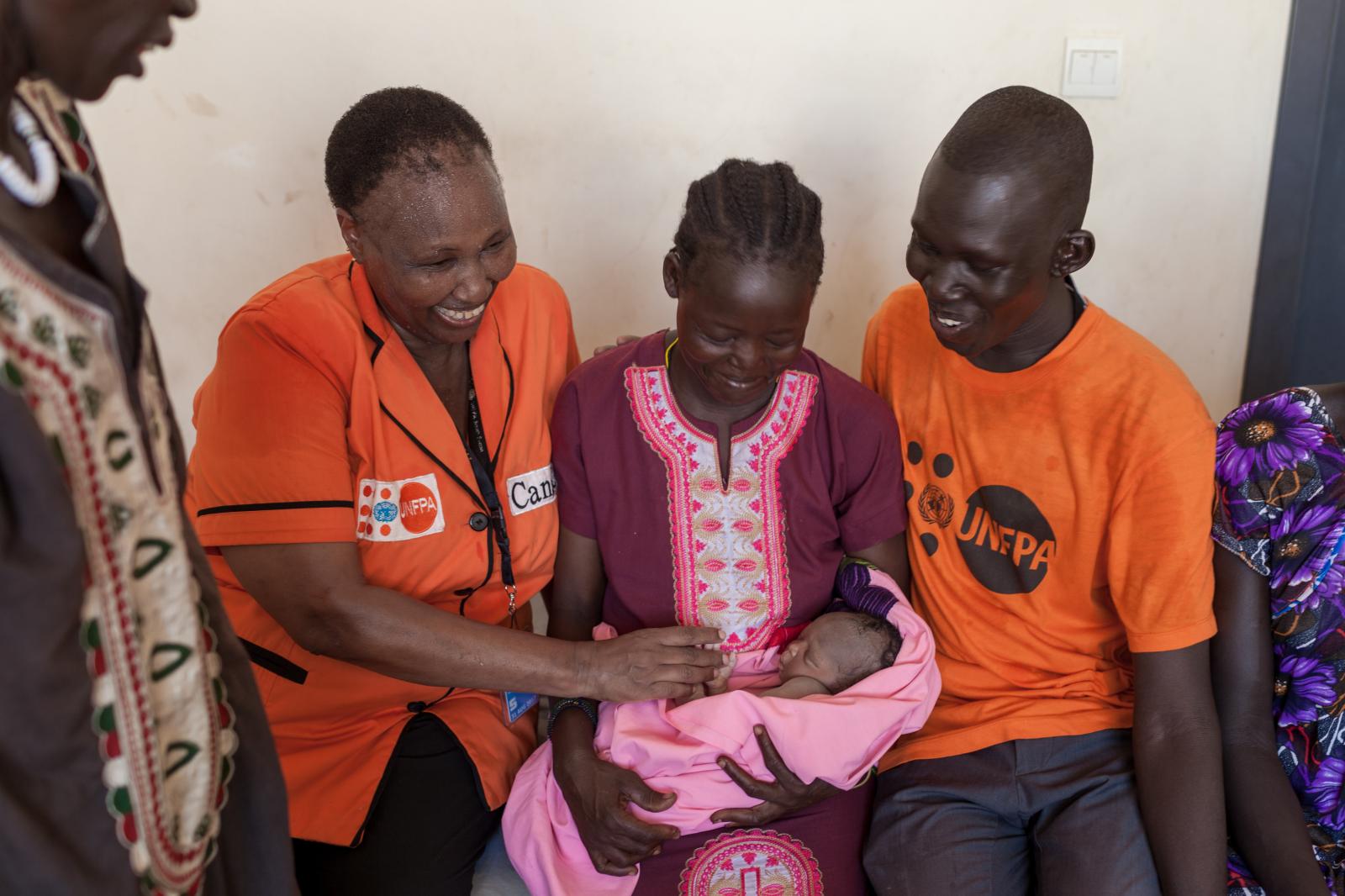